It Will Shock You How Much It Never Happened

Across the internet you will find people expressing their bleak indignation over what is happening to the memory of the Tienanmen Square in China.  Andrew Sullivan has rounded up a bunch of them.  This one is typical:

Lily Kuo remarks on how successfully the Chinese government has erased the events of June 4, 1989 from the collective memory:

[C]ontrary to what some activists might have hoped, the state-mandated erasure of the incident has been extremely effective. Only 15 out of 100 university students in Beijing recognize the iconic picture of “Tank Man” a demonstrator blocking the path of a line of tanks, according to The People’s Republic of Amnesia, a new book on the topic by NPR correspondent Louisa Lim. …

Scouring the Chinese internet for references to June 4 has become an annual event for the government’s censors, but this year’s efforts have gone further than ever before. All Google services in China, including gmail, are now being blocked on the mainland. … As in previous years, even circuitous mentions of June 4 on social media—including the Chinese characters for six and four together, for the date of June 4, the search term “four, open fire” or “25 years“— are being swiftly deleted by censors. China’s version of Wikipedia, Baike, has no entry for the entire year of 1989...

The Tienanmen Square protest took place 25 years ago, over a seven week period in 1989. It was a massive shock to Chinese society, in which dozens were killed and hundreds injured, and yet a quarter of a century later, the Chinese government has succeeded in almost entirely erasing those from the public's collective memory.

The American Conquest and Occupation of Iraq took place 11 years ago, over a eight-and-a-half year period between March 2003 and December 2011 and it laid bare a massive rift in American society.  During the war, over 4,400 American soldiers and somewhere between 100,000 and 600,000 Iraqis were killed.  Over 32,000 American service men and women were wounded in action, and the long-term and ongoing psychological and emotional toll the war has taken on 2.5 million American soldiers who served in Iraq and Afghanistan has yet to be calculated.

And yet, a mere three years after the last American troops rolled out of Iraq, the Elite American Media has succeeded in pounding out and sanding over the most infamous and tragic milestones of that war.

For half of the voting public -- the half that lives outside the Republic of Jebusland -- the details of the Bush Administration are fresh and clear.  It was, without doubt, the worst Administration in American history: a regime which not only left more toxic foreign, domestic and economic catastrophes in its wake than any other, but one which casually committed more impeachable offenses during any given month than Bill Clinton managed in eight years in office.

It was also a regime which enjoyed the loud and unstinting support of American Conservatives from the day it stole the 2000 election until the day it slunk from office eight years later.

But the Bush-Off Machine has been allowed to do its work virtually unmolested and so, as predicted by virtually every Liberal I know including me --

It will become the “Oh my GOD. What the fuck was I thinking?” shameful secret people will occasionally and elliptically allude to by piping up with, “well, he did good after 9/11”...

-- the treasonous history of the Bush Administration and the eager participation of its tens of millions of collaborators -- our political Chernobyl -- now lies buried beneath vast, thick sarcophagus of money, media and willful Strategic Forgettery.

Remember, Wingnuts.  It.  Never.  Happened.  You were never there.  You never said what you said or did what you did.  Just stick to the fucking story and you'll be fine.  And should you ever find yourself cornered at a cocktail party or on the radio by some Dirty Hippie with a pocket full of inconvenient facts, don't forget (as a certain Dirty Hippie also predicted many years ago) that the Republican Party has provided you with an all-purpose playbook to handle just such rude and irritating people.

If you need a refresher, Young Bert Cooper will walk you through it.


And so, using a combination of pandering to the worst dregs of society, a gargantuan pile of money, blanket-shotgun denial of everything, and a level of complicity by our Elite Beltway Media that would make a Chinese propaganda minister stand up and salute in admiration, in just a few short years, the Right has been able to simply wish-wish-wish away not just the Iraq Debacle, but pretty much the entire, sordid, criminal clusterfuck that was the Bush Administration.

Gone to such a degree that mealy-mouthed thugs like David Brooks who made their professional bones beating the living shit out of terrorist-loving, Murrica-hating Liberals like us from the pages of national publications...

..and who have been completely shielded by their cronies and co-conspirators in our Elite Beltway Media from any professional blowback from their mealy-mouthed thuggery when their Awesome Neocon Experiment in global conquest went horribly and predictably wrong...

...now feel safe and confident enough to go right back into the warmongering business, while dismissing the entire Iraqi debacle and their central roles in it as merely a distant, historical "example" -- like the Battle of Tours or the Siege of Tyre -- from which President Obama is drawing all the wrong lessons:

But the president’s attitude seems to me in some ways ill-suited for the autocratic challenge. First, he might have the balance wrong between overreach and underreach. Perhaps drawing on the Iraq example, President Obama believes America’s problems have not been caused by too much restraint, but by overreach and hubris.

Safe and confident enough to haul one of America's Interchangeable Kagan Units out of Neocon storage to bolster his argument for a return to sending the children of people who are not David Brooks or Robert Kagan off to die for their dreams of Empire:

As Robert Kagan shows in a brilliant essay in The New Republic, for the past 70 years, American policy makers have understood that underreach can lead to catastrophe, too. Presidents assertively tended the international garden so that small problems didn’t turn into big ones, even when core national interests were not at stake.

It is an act of brute, Orwellian Conservative history-shredding so jaw-dropping that Andrew "No True Conservative" Sullivan was moved to declare it officially Not At All Conservative:

Today David Brooks waxes lyrical about Kagan, just as he might have before the Iraq War – while completely ignoring the core conservative insight that these foreign and alien cultures and societies are simply beyond our ability to control or direct with any real practical wisdom. No admirer of Oakeshott can possibly believe that the US’ attempt to coax and mold other countries into our political model would lead to anything but tears. What staggers me is that, after Iraq, this point still hasn’t been absorbed by the neocons. There has been no chastening. There is no humility. And there is precious little conservatism.

Yeah.  OK.  Whatever, Andy.  What I know for sure is this: the idea not going right back to using the United States military to reshape the world to his liking "does not seem to occur to Brooks" because no one outside of a few, Fifth Columnist Lefties has ever had the huevos to actually take on David Brooks directly.

No one of any Beltway stature -- including you, Andrew -- has ever insisted over and over again that the price David Brooks and those like him should pay for relentlessly flogging their unholy war and their obscene ideology -- for helping to shovel thousands of America' sons and daughters into early, futile graves,  should, at a bare fucking minimum, be at least as high as price that you demanded of Alec Baldwin for shouting an obscenity at a paparazzi who was stalking his kid.

And that's never going to happen, is it Andrew?

Never in a million years.

And because it will never happen, people like Mr. Brooks will continue to be at liberty to use some of the world's most powerful media megaphones to beaver industriously away at every part of Conservatism's depraved past until is has been completely flensed (as one, long-forgotten pariah once put it):

...of all of the Conservative social, political  economic and foreign policy debacles that make Mr. Brooks wince and repackage[d]...as a fairy tale of noble Whigs being led through treacherous hippie country by the humble David Brooks.

And odds are he'll get away with it too.

And the most ironic part of all?

Here in the land of the free, people like David Brooks don't need the kind of blunt instruments and centralized control China has used to to erase Tienanmen Square from the collective memory of its citizens. 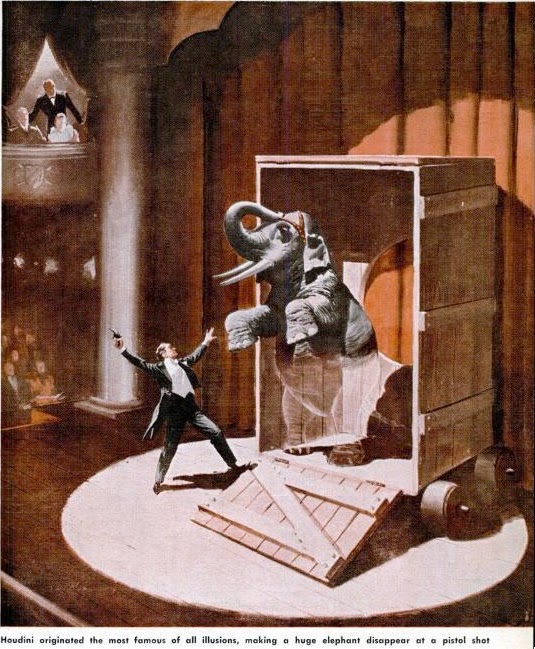 Here in the home of the brave, all we need to annihilate the memory of Conservatism's highest crimes and most criminal incompetence is for enough confederates with enough money and influence to go along with the illusion.

Here in America, all we ever need in order to forget any inconvenient thing is the soft bigotry of collective fabrication.
at June 09, 2014

You have just described the "Gaslighting" of America by its media and their masters.

Why, those people waving guns and Confederate flags and shouting for the president to come out and resign aren't out of line. They're just angry and upset. And white. Nothing to see here....

Usually history is written by the the victors. Iraq is a case of history being rewritten by a bunch of losers.

To an extent which must surprise observers from outside the USA, the losers of the Civil War and their descendants wrote, and continue to write, much of the history of that war.

oliver north was just on tv.. OLIVER NORTH.. complaining that to get a prisoner released, the president might have paid a RANSOM!!!

the memory hole is ANCIENT, and it is HUNGRY...

Of course, no one but the 'Murica-hating hippies cared to read.

BTW, where is my newest whatchit? It's made in China so I won't have to take too big a loan to buy it before the style changes again!

Thank you Drifty for that excellent post...and thank you Patriot for that excellent link.
Mr. Bacevich pulls no punches.....and certainly uses a technique sadly lacking in today's media discourse: Historical fact.
The continued white washing of history and the general dumbing down of the populace by the usual media suspects will be our downfall.
At this point it seems the only question left is: Bang or Whimper?

Power is lying. Lying big, and getting the whole damn world to play along with it.