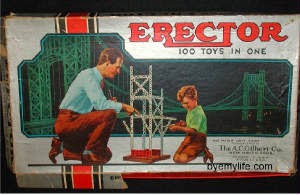 Over in the Mad Men universe, it is June of 1969.  And, right on schedule, the Idealized Nuclear Family which the Barons and Baronesses of Madison Avenue had created twenty years before as a means of selling Pall Malls and Ovaltine is turning on its creators.

Because the Idealized Nuclear Family was always an unstable repository of the American Dream: a stripped-down, road-ready, artificial 4.5-person unit invented to take advantage of America's unique position of economic and political dominance after World War II.

Human beings were evolved to be social, tribal creatures, relying for survival on the relative stability of a large, extended family within a small village or town.  The presence of multiple generations under one roof that was anchored by deep roots in the community, made for a family unit designed to withstand hardship and privation.

But the Idealized Nuclear Family that Madison Avenue sold us was an incredibly fragile, volatile thing.  It pared immediate adult family members down from aunts and uncles and cousins and grandparents to One Male Breadwinner and One Female Homemaker.  It moved that family away from its ancestral roots and into Suburban Anywhere USA.  It put a social premium on outsourcing everything from food preparation to child rearing and the ability to up and move wherever the corporation needed you to go.

And like any other fantasy, it runs along fine only as long as no one breaks character: white men must always be free to thunder from the mountaintop, women must always remain submissive and sexually available or maternal or just disappear into the wallpaper, and minorities must always hover gratefully at the margins, just happy to included.  Of course there will always be some discord caused by deviants and criminals and foreigners and outsiders, but that's why God invented Richard Nixon and the NYPD.

So those are your choices: put on your assigned costume and join in, or be cast out.

Meanwhile, out in the hinterland, that American Dream is quietly starting to collapse under the pressure of the American Establishment's two, signal public failures -- Civil Rights and Vietnam (by the recession and oil shock of 1973, the divorce rate will begin to skyrocket as the Idealized Nuclear Family shatters under an economic and social weight it was never designed to bear.)  Even on America's Glass Teat, happy families with a mom and dad and a couple of kids are in full retreat, appearing almost exclusively in teevee shows about monsters or witches or our outer-space future, while the space reserved for "normal" families is rapidly filling up with...

“Does this family exist?” Peggy asks. “Are there still people who eat dinner and smile instead of watching TV?”

Of course they do, Peggy.  Unfortunately, your profession is dedicated to eradicating them.  Ironic, no?

Of course, teevee single parents almost always have terrific jobs that afford them an enormous amount of free time and economic autonomy.  And they're usually assisted by aunts or maids or other adult helpers who are only too happy to pitch in as surrogate parents for little or no remuneration.  However it is amazing but true that even as the America of 1969 was desperately struggling to keep the facade of the Idealized Nuclear Family Nixoned firmly in place, on teevee the "Father Knows Best" template was quickly vanishing in favor of Family Affair (an uncle raising orphaned nieces and nephew), The Courtship of Eddie's Father (widower), The Beverly Hillbillies (widower), Julia (widow), Bonanza (widower), The Andy Griffith Show (widower), My Three Sons (widower), The Brady Bunch ( a widow and widower, although all references to previous marriages are kept deliberately vague), etcetera.

And so we find ourselves in June, 1969, watching a system shuddering on the verge of implosion because it is a system which took some of humanities oldest and proudest achievements -- art, storytelling, psychology, technology -- to warp the basic rhythms and desires of human life in order to serve post-WWII America's shallowest and most transient commercial interests.  And as the need to be human comes into more and more direct, violent conflict with the Mad Men imperative to go along with system at all costs, our characters find that their lives don't work, their marriages don't work, their jobs are killing them and even shopping barefoot through the stone canyons of the city at the pinnacle of the American Empire only makes them miserable and gets their feet hobo-dirty.

And so, as the credits roll, we meet the two, contending visions of the American Family which will dominate our cultural and political landscape for the next 40 years.

One is the family-of-choice: the mutants and strangers and bastards and imperfect darling ones with whom we gather because we love them somehow, and they love us somehow.  We are with them, scars and secrets and all, because we choose not to be alone in the good times or the bad times.

The other is the Bob Benson's Erector Set Family. The family that comes with a set of prefabricated parts and an instruction manual -- all you need to do is slide it out of the box, put the pieces together as directed and, bingo, you're on your way to a perfectly constructed, loveless marriage, a mansion in Detroit and a little freaky on the downlow to keep you from blowing your brains out.

Yeah, sure, your mansion will be made of straw and you will live in terror of all the Big Bad Wolves who can blow it down with the slightest breath, but maybe, just maybe, with enough money and bullshit at your command, the wolves will never come.

Which is about as accurate a description of the American Dream as I'm likely to come up with for awhile.


From the inimitable Wolcott:

From a writer’s perspective, no series, indeed no film that I can think of, has outdone Mad Men in showing what the creative process is really like in its problem solving and puzzle cracking—the trial and error, the ruminative pondering, the verbal doodling, the hazy spaces and pauses while the subconscious percolates. The product idea seems to work, its pieces fit, the whole thing flows, the tagline ties it up in a neat ribbon bow, it’s what the client wants and expects, and yet—a worrying whisper in the ghostly attic keeps nagging that this isn’t the way to go, there’s something better being missed, a hidden key to the treasure chest.

I couldn't agree more.  For example, I loved how right "Wonder Boys" got the weirdness of writers and the ultimate futility of trying to "teach" the act of voluntary, solitary soul-spelunking that can take the assemblage of words beyond mere craft, but Mad Men can't be beat when it comes to the most important part of writing:  showing not telling.

Of course, let us not forget the second most important part of writing.

At 69, I've lived through all of this dg, and your poetic description of it takes me breath away. I think you're one of the best damn post-modern writers in America today, dead-tree or digital!

I often think of the damage done to the national psyche of our countries. Three or four generations at once, during war-time.

I agree with you wagonjack.

Now that was some read! Described how it is and why its not working. It really does explain why we have so many single parents. They didn't have the support of an extended family.

The American Draft further contributed to the deterioration of the extended family. When the young men were taken from their families, many never returned to help the family unit. It was a way for this "new" society to move them away from their extended family, get them used to taking orders and handling guns, and then moving them into corporate America.

Completely off topic but I wanted to ask, did anyone else notice the structure on the Erector Set?

Would that, perhaps, be a young Chris Christie kneeling in front of it, trying to figure out how not to let people cross it?

"But the Idealized Nuclear Family that Madison Avenue sold us was an incredibly fragile, volatile thing. It pared immediate adult family members down from aunts and uncles and cousins and grandparents to One Male Breadwinner and One Female Homemaker. It moved that family away from its ancestral roots and into Suburban Anywhere USA. It put a social premium on outsourcing everything from food preparation to child rearing and the ability to up and move wherever the corporation needed you to go."

Barry Levinson's AVALON covered the first decades of this change from the POV of an immigrant family whose younger members buy this American Dream hustle hook, line, and sinker. The difference between the noisy bustling three-generation family at the beginning and the pared down Nuclear Family sitting TV-comatose in the 'burbs at the end is wrenching even if you grew up liking the freedom-from-family-interference (and quiet) suburbia gave. If you haven't seen AVALON, Drift, it's well worth your time.

Beautifully-written, Drift--and all too true. It's grimly funny watching the GOP try to resurrect this era as if the last fifty years didn't happen--and can be tarmaced over with rancid-saccharine family values sludge.

Atrios sent me, your writing keeps me here. CUTTING EDGE

The nuclear family: Like nuclear power, too unstable, dangerous, and fraught with inherent problems to be really useful. (And no, I'm certainly not the first person to think of this analogy.)

Whether we like it or not, our current economic situation may force us back into extended family living situations. For many, it already has, what with adult children moving back in with Ma & Pa.

Having toiled in the Chicago towers of Leo Burnett, FCB & Needham during this time period, I wish I could have had your hindsight of observation and realized what my vocation was doing. Amazing writing. Peggy could have used your talent.

This is amazing.
Why aren't you writing for Atlantic or Salon?

I have been contemplating e-mailing you to suggest that you at least alternate Science Fiction University with a How to Watch TV University, or something like it, on the Professional Left podcast. So, here it is, in the comments: Do that. Do more of these pieces. Make it a habit. I used to edit related tracts like this for a living, and I have a read a few thousand of them by writers who are as well-known as you should be. This piece on ``Mad Men'' is extraordinarily deep, knowing, vivid. Yours and Blue Gal's commentary on ``Breaking Bad'' on the podcast was, extemporaneous as it was, as good as anything I read online. Call it a second calling.