With the vast resources of an entire intelligence apparatus at their command, the Brits apparently decided to go low-tech and teach their agents Jedi mind tricks and how to "troll" on "blogs" in a way that is "mean" to "people they don't like" using crappy PowerPoints (are there any other kind?) packed with: 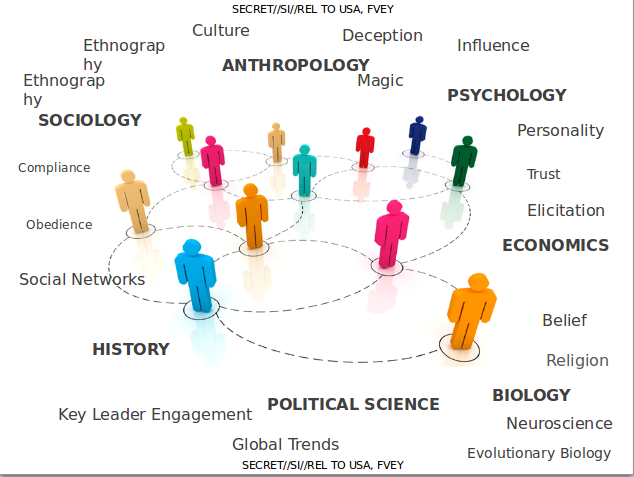 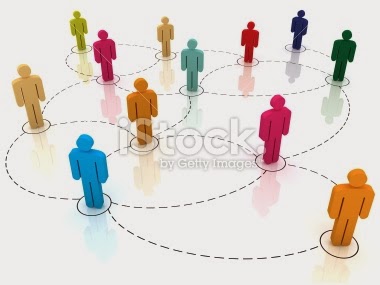 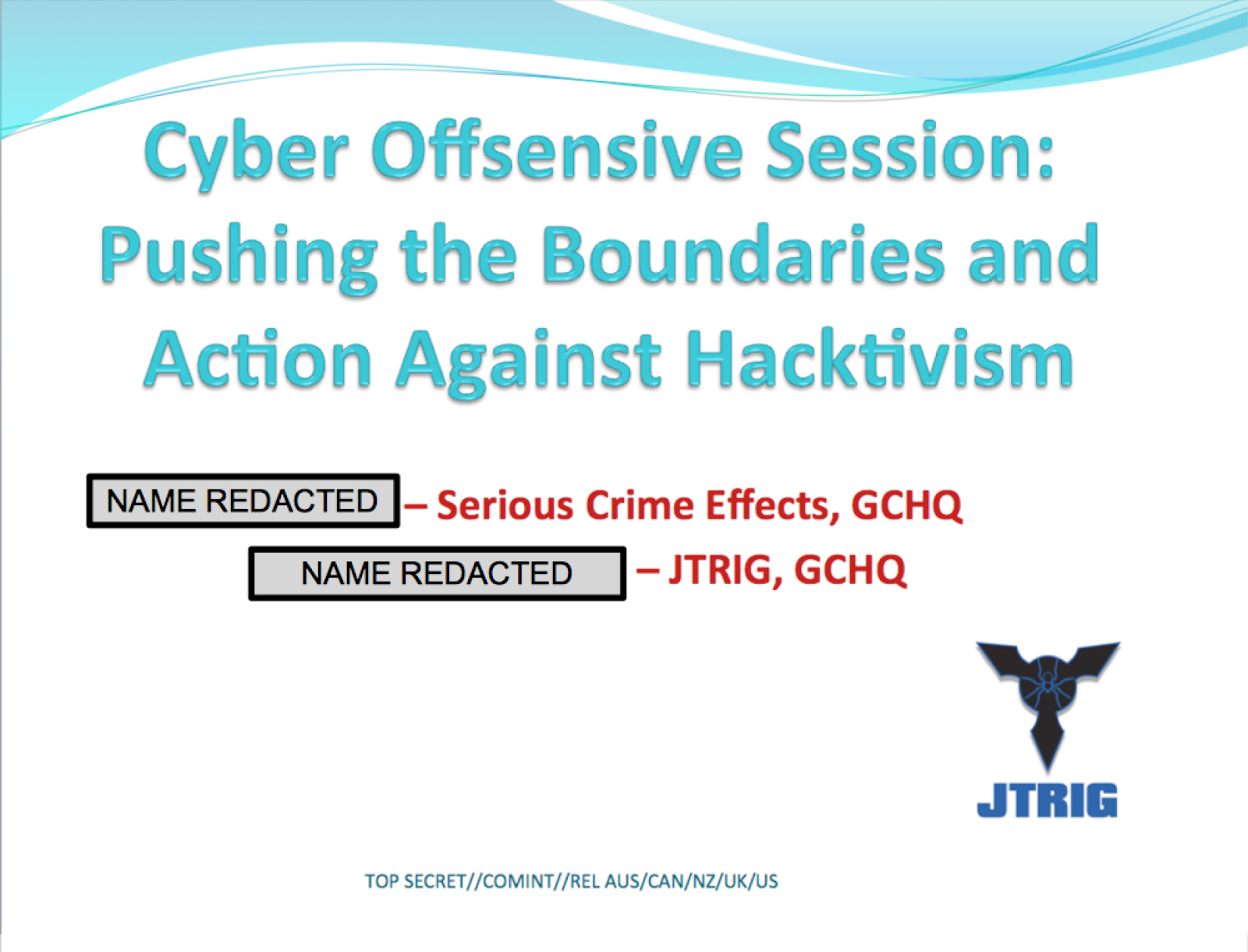 What I spy with my little eye is something...definitely...creepy.

And as old as espionage itself.

But as many times as I have read this, I can't spot anything that is actually illegal, or any actual examples of any actual person coming to harm, or even figure out based on the material as it was published if this was even a real thing, or a proposed program, or just some goofy idea someone was pitching to management, or what.  In fact, you have to read all the way to the bottom to find out that First Look has no idea what the context of any of this was either:

We submitted numerous questions to GCHQ, including: (1) Does GCHQ in fact engage in “false flag operations” where material is posted to the Internet and falsely attributed to someone else?; (2) Does GCHQ engage in efforts to influence or manipulate political discourse online?; and (3) Does GCHQ’s mandate include targeting common criminals (such as boiler room operators), or only foreign threats?

As usual, they ignored those questions and opted instead to send their vague and nonresponsive boilerplate...

What is genuinely charming about this story is that, of all the (presumably) skajillions of tales available for the telling via Mr. Snowden's trove of stolen documents, First Look chose to run the one that would most richly oxygenate the Purity Angels' First Article of Faith -- that anyone anywhere who offers even the mildest critique of anything coming from the keyboard of Mr. Greenwald is obviously a paid gummint sockpuppet, or unpaid dupe.

As usual, if you have anything substantive to add to this discussion, the comment section is open.

However, if all you have is more drive-by yawping about my general awfulness, let us stipulate that I am the lowest of the low. I get it.  So this time either go find another outlet for your scribbles, or go piss up a rope.
at February 25, 2014

You are teh Awesome, Driftglass, don't let the bed wetters get you down.

It's funny enough that, even as we speak, the hysterical ninnies over at dailykos.com are having a big discussion over just this set of Greenwald Revelations. The usual suspects are squealing that this validates their every paranoid fantasy about NSA distruptor trolls under their beds, while site operator Markos (a generally decent fellow) has finally stepped up to tell them to KNOCK IT OFF because their behavior is making the whole site look ridiculous and unreliable.

But the icing on the cake is how one (or dozens?) of the squealers has taken it upon himself to launch a zombie sock puppet army against the wrong thinkers who put forth the idea that "yeah, government agents probably show up every now and then but it's really not that big a deal."

In some circles, utter fealty to the One True Belief is the only allowable position as well as the justification for all sorts of mischief.

Meanwhile, on all the wingnut, lunatic, and psychopath sites, this latest Greenwald excrescence is being heralded as proof positive that every web site on the internet has been compromised and is rife with inflitration, that anyone who disgrees with you online is an agent working for the Stasi-Illuminati-NSA-NWO-Agenda 21 Muslim Marxist conspiracy.

I'm really sick of living in a country infested with so many tens of millions of certifiable morons. I really don't wish them well, at all.

I like how they couldn't figure out how to fit the word "ethnography" on a single line. Twice.

Look (via the link) at the PPT slide that comes before the "ethnography" slide. Man, if your slide's diagram has 70-some boxes on it, then you've missed the whole point of simplicity and getting your point across.

Crappy PPTs indeed Drifty, and that's even before you get to the lousy/debatable content being put forth.

Powerpoint is another tool of Satan that has been foisted upon humanity by the horror that is Microsoft.

You are teh Awesome, Driftglass, don't let the bed wetters get you down.

The funny thing, Horace, is that if you listen to the PL podcasts, driftglass seems to be more amused by the knee-jerk commenters than brought down.

This falls more under the heading of "taunting".

I'm not sure which is more amusing, that people are just now figuring out that:

Is that a sign to you that it may indeed be "a real thing"?

Also, the questions posed to GCHQ do not necessarily mean that First Look doesn't know the answers. Getting GCHQ on the record either confirming or denying would be beneficial to the public's understanding and oversight, don't you think?

I pick d) all of the above.

Well, let's wait until they get a little more ept, shall we? It's not like there's anything going on anywhere that should be taken seriously; we'll just point and laugh at the 1990s-vintage nonsense.

As long as we're all walking around free and stuff, there's nothing to see in any of this, especially if it doesn't look illegal.

Thaat Power Point could be a marketing proposal from internal or external NSA stakeholder. What's missing is context.

What else would it be?

Suppose this is "a real thing." What can you tell us about it? How is it applied? When and where is it used? Who is it used against? Tell us what you really know about the program from slide 49, and the other slides.

I don't think Americans would object to a cyberwarfare program directed at our enemies, but something tells me that Greenwald's cult followers believe the program is being directed against them. Evidence for that? None except their own finely tuned sense of victimization.

Sure, in general what is being described is plausible. We know that in the past US and UK authorities have infiltrated law-abiding groups they deemed "subversive"; with the government being who defines "subversive". It is not hard to believe that government agencies could be retrofitting the tools of the Red Scare era.

Where I disembark the paranoia train is when specific, extraordinary accusations are made without specific proof being provided. It is all too easy to imagine the US government being up to all kinds of wrongdoing, but it is counterproductive to react to misdeeds that we cannot demonstrate are underway.