You said crossing the streams was bad!

The only way MSNBC maintains a state of dynamic schizophrenic equilibrium between its Liberal-ish evening lineup and it's three-hour Republican/Beltway Morning Frottage Extravaganza with Squint and the Meat Puppet by having lots of rules.

And Rule One is very clearly that Thou Shall Stick To Thy Own Knitting; everybody gets to sit under their own vine and fig tree, and none of their colleagues shall make them afraid.

I mean, given her line of country, in any sane world, Doctor Maddow would spend at least 20 minutes a night, every night, laying waste to the likes of Joe Scarborough -- 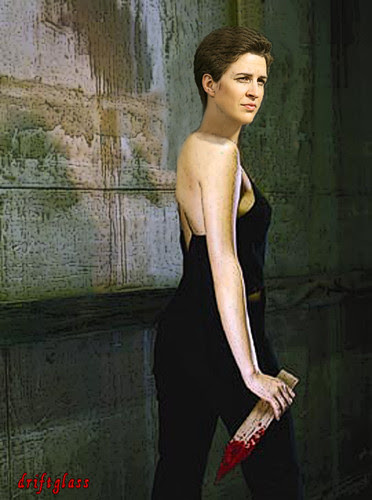 -- pounding Chuck Todd into the ground like a tent peg and using David Gregory's guts for garters.  But she does not.

Nor does Lawrence O'Donnell.

Nor does Chris Hayes.

Because those are the rules: each of the network's dissociative identities remains functional by pretending The Other does not exist.

But Ms. Wallace has crossed the streams.

Since she was on Phil Griffins wet dream of a morning orgasm I would assume nothing will happen. I personally would love to see the prime timers take out the pruning sheers and trim Joe and the bimbo down a bit. Rachel and Chris probably don't care what a hack like Nichole says and have too much class in the first place.

Mika's dad must be so proud.

Looks like Chucky missed the memo on "obligatory "manly-man" praise" issued by Squintco that morning.
It wasn't titled " Daily Ragging on Obummer" so he skipped over it...
The secretary killer still gets his $100,000 per morning regardless.

Gotta disagree with you here, DG, Team Morning Squint always has free reign to hippy kick. (Except on those Very Special Morning Joes ™ where one of them is around the table.) There's no separate but equal here. Consider the muzzles the price of doing business.