Ian Bayne: That Guy at the Bar Who Just Won't Shut Up

Ian Bayne is running for Congress in Illinois' 11th district.

To jump you right into the World According to Ian Bayne, his website greets you with the revelation that "Duck Dynasty Star is Rosa Parks of Our Generation". 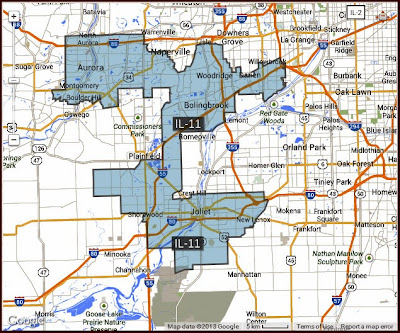 -- and is currently being very ably represented by Democrat Bill Foster.

In case you don't have time to paw through Ian Bayne's entire ad (which consists of short clips of Ian Bayne talking about stuff about which you have no idea, interspersed with stock images and footage of various people and things flashing past at near-subliminal speed) here is what you will be missing --
Ian Bayne: That idiot at the bar who just won't shut up.

I applaud Ian. I entreat all Republicans to begin all their interviews by comparing themselves Rosa Parks and MLK Jr and call gay people terrorists and declaring Fealty to Duck Dynasty.

Hey there, I did a little write-up on this whole situation yesterday on dblback.com.

If you did into his website and take a look, Bayne continues the trend of rambling and incoherency that you found in this ad.

Check it out and let me know what you think:
http://dblback.com/read/no-the-duck-dynasty-guy-is-not-like-rosa-parks/

He uses the Treasury Building in his ad because he wants to get at all the money to give it to his rich friends.

I was transfixed. Out of context, I wouldn't have a clue what this guy was trying to say. Do you think it's possible he paid to have the ad produced? Ronald Reagan on "What's My Line?" was very inspiring!

On the other hand, it is the perfect example of the conservative approach to governance: scattered thinking and slogans. "We need to take America back!" From where and to where, we cannot say.

This is what happens when you have a video editor who's done just a little too much acid.

When I was younger I would have said that was a contradiction in terms....