David Brooks Breaks Out The Jewels of Nuance -- UPDATE 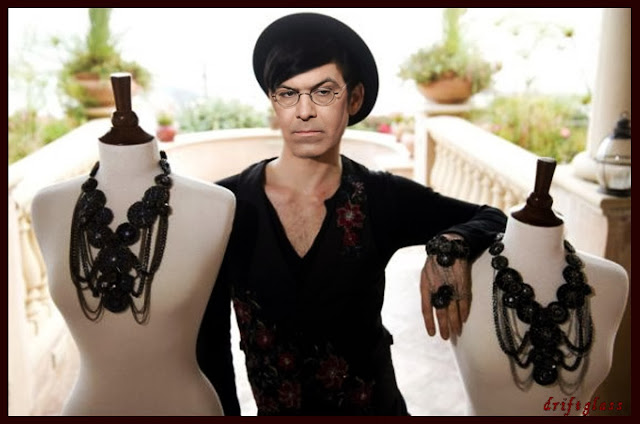 And fuck you if you can't handle it!

On the other side, there are people whose minds seem to flee, almost by instinct, from ambiguity to absolutism. These are often good people, with high ideals. But they take a dappled society in a tough situation, like Israel, and they want to judge it according to black and white legal abstractions. They find a crime or an error and call for blanket condemnation (these people tend not to apply this standard to themselves).

The American commentariat is gravely concerned. Over the past week, George W. Bush has shown a disturbing tendency not to waffle when it comes to Iraq. There has been an appalling clarity and coherence to his position. There has been a reckless tendency not to be murky, hesitant, or evasive. Naturally, questions are being raised about President Bush's leadership skills.

Meanwhile, among the smart set, Hamlet-like indecision has become the intellectual fashion. The liberal columnist E. J. Dionne wrote in The Washington Post that he is uncomfortable with the pro- and anti-war camps. He praised the doubters and raised his colors on behalf of 'heroic ambivalence.' The New York Times, venturing deep into the territory of self-parody, ran a full-page editorial calling for 'still more discussion' on whether or not to go to war.

You notice these people because you rarely see them taking the perspective of people they dislike. They don’t acknowledge that even the most humane projects often involve error, fear and sin along the way.

In certain circles, it is not only important what opinion you hold, but how you hold it. It is important to be seen dancing with complexity, sliding among shades of gray. Any poor rube can come to a simple conclusion -- that President Saddam Hussein is a menace who must be disarmed--but the refined ratiocinators want to be seen luxuriating amid the difficulties, donning the jewels of nuance, even to the point of self-paralysis.

Ten years ago, Mr. Brooks wasn't just some  marginal, wingnut blogger building a rep by finding new ways to call people like me a traitor: he was, as Greg Mitchell points out already "...serving as senior editor of the most influential pro-war publication, The Weekly Standard."  And as the Senior Editor for The Weekly Standard, beating the shit out of Liberals and carrying water for the Bush Administration were duties Mr. Brooks pursued with gusto, and for which he was richly, richly rewarded.

Ten years later, Yale's Professor of Modesty and the winner of Allegheny College's 2012 Prize for Civility in Public Life has not apologized for any of the horrid and horribly wrong things he said. Not apologized, modified or walked-back a word of it.  Since his colleagues are all in on the scam, he has no fear that any of them will ever ask him any embarrassing questions, and on the extraordinarily rare occasion when a member of the general public was rude enough to ask him about his public record, he simply denied ever saying any of it and moved on.

Thus liberated from any fear of accountability and borne aloft by vast, unearned wealth, Mr. Brooks now floats above mere humanity, spinning out one asinine economic and cultural theory after another, radically revising history whenever the need arises, freely contradicting himself as he pleases, and always

UPDATE:  For the record, I posted the above shortly after midnight this morning.  12 hours later, Mr. Piece arrived at the same party wearing the same dress, bearing a letter from the New York Times legal department scolding him for Fair Using too much of Mr. Brooks' terrible, terrible Monday column.  Speaking for Mr. Pierce, Irish Setter Moral Hazard responds:

...In the future, he [Charles Pierce] has promised to quote directly only the most clearly incomprehensible parts of Mr. Brooks's work, or those portions that appear to have been written by the forms of artificial intelligence described by Master in an earlier column. For example, in today's column, one might quote this passage...

The failure to deal with ambiguity is one of the great disorders of the age. It's a flight from reality.

...and then cite the following passage from antiquity...

"In certain circles, it is not only important what opinion you hold, but how you hold it. It is important to be seen dancing with complexity, sliding among shades of gray. Any poor rube can come to a simple conclusion -- that President Saddam Hussein is a menace who must be disarmed--but the refined ratiocinators want to be seen luxuriating amid the difficulties, donning the jewels of nuance, even to the point of self-paralysis.

...for the purpose of pointing out that Master has retired the House Cup for fatuous front-running.

I have reached a point of sufficient cynicism about CRAPitalism that I think you could have left out "unearned".

Is not all vast wealth unearned by definition?

I haven't quite reached the point of saying "Property is theft" yet, but give me time.

That picture is amazing....

Big fan of your writing but I've gotta say, that picture is not amazing. Photos like this aim low for cheap locker room emasculation and I shudder whenever I see it on your otherwise terrific blog. You have enough weapons at your disposal that you don't need to dress your enemies in drag to score these bush league, Benny Hill style laughs. Other than that, keep up the good work.