POTUS Nominates Enzo the Baker To Run the FBI 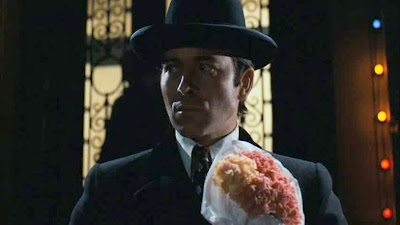 Former Bush Aide Said to Be Choice to Be Chief of F.B.I.

WASHINGTON — President Obama plans to nominate James B. Comey, a former hedge fund executive who served as a senior Justice Department official under President George W. Bush, to replace Robert S. Mueller III as the director of the Federal Bureau of Investigation, according to two people with knowledge of the selection.

By choosing Mr. Comey, a Republican, Mr. Obama made a strong statement about bipartisanship at a time when he faces renewed criticism from Republicans in Congress and has had difficulty winning confirmation of some important nominees. At the same time, Mr. Comey’s role in one of the most dramatic episodes of the Bush administration — in which he refused to acquiesce to White House aides and reauthorize a program for eavesdropping without warrants when he was serving as acting attorney general — should make him an acceptable choice to Democrats.
...

Mr. Comey, who was serving as the acting attorney general and had been tipped off that Mr. Gonzales and Mr. Card were trying to go around him, rushed to Mr. Ashcroft’s hospital room to thwart them...

As I said, Enzo the Baker:


Update: Big h/t to "Unsalted Sinner" for reminding us of this much better, Andy Cobb version:

WTF cares? The fucking FBI? Really? These guys are such dimwitted morons that they haven't figured out what I've been up to for, oh, twelve, thirteen years, and I swear to gosh I do it right under their oses. But I'll give him the "bipartisan" tag. Both parties are fucking dicks. Still, I give far more credit to the Republicans and the Democrats than to the jerk-offs who stumble around for the FBI. They do not have a fucking clue.

After the recent dribble of fake Obama scandals, it's an elegant gesture to reprise a real (and emblematic) Bush scandal in this manner.

Only member of the erstwhile criminal Bush administration that I respect.

Only member of the erstwhile criminal Bush administration that I respect.

I was going to say except for his choice of employers, but I once worked for a philandering nazi, so I guess I give him a pass for now.

That takes me back! Anyone remember this YouTube classic?