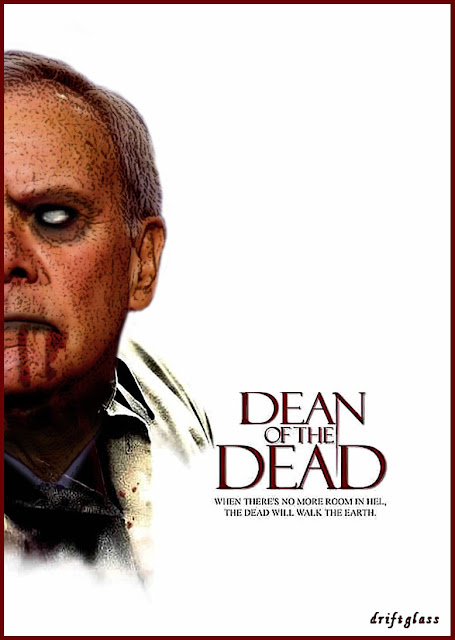 literally could not wait two, complete sentences before leaping to invoke the Great and Powerful "Both Sides":

TOM BROKAW:
Well, I really think that, behind the headlines-- this is the Washington Post this morning, and it says that, "Obama seems 2014 as key to his legacy." What we have going on here, 18 months out, are both sides positioning themselves for trying to retain control on the Republican side of the House, and maybe even win the Senate; the president trying to build a legacy of some kind. There's a whole lot of politics in this, as there is in everything else. Kind of two villages, clashing with each other, who seem to occupy a separate universe.

It went downhill from there.

Sure, it was a pleasure to see the bright, lively and formidably well-informed Joy Reid, but against the relentless tide of Conservative bullshit and Centrist goo there was little she could do.

And, sure, Dancin' Dave rose up on his hind legs once to push back on one of John Boehner's more egregious lies:

DAVID GREGORY:
But Mr. Speaker that's just not true. They've made it very clearly, as the president just did, that he has a plan that he's put forward that involves entitlement cuts, that involves spending cuts, that you've made a choice as have Republicans to leave tax loopholes in place. And you'd rather have those and live with all these arbitrary cuts...

But at the Mouse Circus, such token, summer-breeze pushbacks are never sustained. After a grazing shot, there are never any followups and Gregory allows his fellow kabuki performer

SPEAKER JOHN BOEHNER:
Well, David that's just nonsense. If he had a plan, why wouldn't Senate Democrats go ahead and pass it? The House has acted twice over the last ten months to replace the sequester. If we’re going to- the president got his tax hikes on January the first. If we're going to get rid of loopholes, let's lower rates and make the tax code fair for all Americans.

to quickly dance off into friendlier territory.

Because that's how Dancin' Dave runs his rigged game.

Also too, since Bob Woodward has once again emerged from his hole to manage the tricky business to forcefully reinserting his foot into his mouth while simultaneously jamming his head up his ass, I am once again struck by his remarkable resemblance to a famous SNL cast member

of days gone by.


*(Thanks to anon spelling patrol for the catches)

I was wondering if Captain Goodhair's mild flirtation with decency would escape your notice. Thankfully, it did not.

Weird as it may seem John Boehner's sentence can be deconstructed as nonsense right on the spot - it doesn't even need to have any follow up clarifications or questions of context applied, to whit:

1. "The house acted twice to replace the sequester..." - well whoopy-dee-fucking-doo, it is not the house alone that decides the law it is the senate and president too.

2. "...let's lower rates and make the tax code fair for all Americans." - what the fuck does the rate of taxes have to do with being fair? One could envisage a society where it is deemed that everybody should be taxed at a rate of 50 percent - that would be "fair" but it wouldn't be lower than the current rate. As it is we know that Boehner wants to lower the rate on everyone because that disproportionately favors the rich - his very constituency. Did anyone call him out on this?

"If he had a plan, why wouldn't Senate Democrats go ahead and pass it? " Regardless, the Senate would have passed a plan if the Repubs hadn't filibustered it. It got a majority of Votes. Dancing Dave should have asked how much could the House pass if it required 60 percent for everything. A plan passed by the wackos in the House is not a plan.

Boehner proves for all the world to see, that Repiglickin's are filthy lying hucksters. They say they will "reform" tax laws, which usually means sticking it to the poor. But when they must talk about closing loopholes used by the rich they say that want the tax increase to be revenue neutral.

Repiglickin's do not give a flying fig about reducing the defecit! rotten lying bastids.