The Big Lie of Centrism: Like Strontium-90 In The Milk 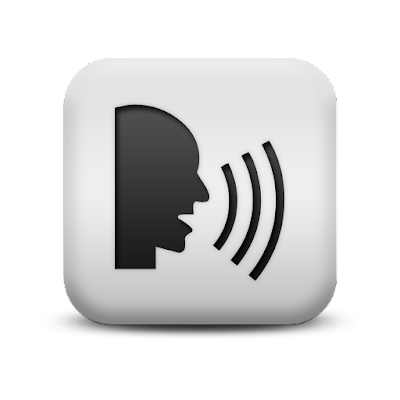 On the subject of "once you start to notice how automatically every water-cooler Cicero and two-bit Tom Friedman uses Fake Centrism to prop up their lazy arguments, it's really creepy", commenter Cliff helpfully passes along the following:


You know, I just ran across this the other day in a piece for the Creativity Post, titled "George Washington’s Rules of Civility & Decent Behavior":


"Both of our political parties have become openly uncivil toward each other and toward anyone or anything that disagrees with their programs. The televised debates focus on which candidate can hurt or dishonor the others the most. The winners are usually the most dishonest, unscrupulous and immoral of the lot and who have the most money to wage the most comprehensive “hate” campaigns."


Of all the places to come across centrist bullshit. They could at least have the decency to confine it to the news sites.


Once you start listening for it, you cannot help but notice how the Big Lie of Centrism has seeped into everything and now shows up everywhere.


...
The winds carried Strontium-90, Iodine-129 and other lethal particles across a broad swath of the country. Infants who were bottle-fed, which was then considered the modern approach, were particularly vulnerable to the Strontium-90 that ended up in cows' milk.

In 1961, as John Kennedy was poised to resume atmospheric testing after a two-year moratorium, he met with White House science adviser Jerome Wiesner in the Oval Office one rainy day. The president wondered how fallout reached the earth. Wiesner explained that it was washed out of the clouds by rain. "You mean," Kennedy asked, "it's in the rain out there?" As Wiesner tells it, the president then "looked out the window, looked very sad and didn't say a word for several minutes." ...

Email ThisBlogThis!Share to TwitterShare to FacebookShare to Pinterest
Labels: Centerville

Just suppose that 1/2 the congress went crazy, proposed some batshit crazy stuff, and blocked everything reasonable. (Well, we know this is true, but...) I mean, something we all could agree was crazy. (I'm sure DG could invent something funny and appropriate.)

Further suppose that the other 1/2 did not go crazy, and refused to go along, continued trying to be reasonable.

The media's 'centrist' position would still be (read: is) that congress is 'polarized', and can't get anything done. See how nicely symmetric, how 'both sides' are contributing exactly equally to the problem?

Or: if Romney says Obama is fist-bumping the terrorists in Libya, then someone on the left says 'Ryan was caught lying, objectively, demonstrably, repeatedly at the DNC', well then: 'Both sides are being "uncivil"'....

Perhaps we have to present these things as hypotheticals, to get some people to consider that that might be what's actually happening now.

Sad thing is, the Democratic party is itself already controlled by Fake Centrists, and has been since Bill Clinton took it over.

The further Fake Centrism that positions itself between this and the Republicans is simply another lever to move policy to the right, in spite of the failures of that policy for 99% of us over the last 3 decades.
~

Your lovely and talented wife Fran was lamenting the fact that you were beating your head on the keyboard after Halperin saying "Both sides do it".

I told her to just slip a soft pillow on the keyboard until it passes.

Another function of fake centrism is that it ideologically supports the status of the opinionator. Because where exactly is this central point. You argue that it's a contrived middle. Moreover the location not only is self-selected for the power system for which the opinionator toils, but lets him remain open for further business. The intellectual middle ground can be used to keep up the appearance that opinionator in the heady and rarefied upper atmosphere of an ivory tower which is built out of the projections of his audience.

It serves as cushion for poor reasoning, a sort of law of the included (as opposed to excluded) middle, and works in amazingly simple way: "so now that I have your attention, parties A and B are both wrong!" "Yes, yes, tell me more..." "I love what you think I've had some many similar ideas" Roll credits.

It's a hijacking of Hegelian synthesis, where if you can keep the history out of consciousness, any sort of fantasy can be supported.

All which functions in terms of a sort of benevolent, paternalistic trust.

The problem is history (facts) can destroy the conjurations. Luckily, keeping track of history is hard work, which not many want to do, and to which the structure of TV is poorly suited. Tho there's a general problem with news, in that if the journalism is not biased to history, then we have arbitrary streams of factoids, not knowledge.

In this way our politics encode the laziness of our culture. A culture awash in information which cannot be converted to knowledge because to collectivize information is to render it politically profitless.

So the way out is to couch opinion in history. And this is work which makes this blog worthwhile where otherwise it would be breathless ranting.

But isn't it time for more? Something deeper than keywords and a blogroll of notable compatriots and a chip on the shoulder?