Dear Wonkette, You Suck at Photoshop 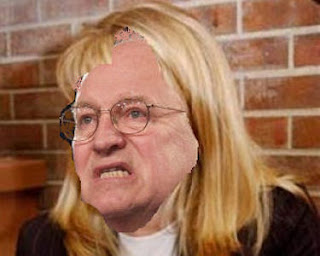 Seriously, I love you and your carbolic acid snark and witheringly clever commentors and all, but Jesus Sponge Tool Christ you suck at Photoshop.

And the thing is, this tragedy need not continue another day because there are really good graphic artists out there who would be glad to help you out.

Consider, for example, the case of Mr. Charles P. Pierce of Esquire magazine.  When Charlie decided to commandeer the David Brooks beat, he too started off with sucky graphics because not everyone can be good at everything.  Eventually, though, Mr. Pierce got someone to match well-crafted graphics with his writing and so by the time Mr. Pierce decided to commandeer the Sunday Morning beat, he had learned his lesson and started with some decent visual art right off the bat.

You have sterling and hard-won reputation for sparkling verbal brutality, Wonkette, so why do you keep poo-dipping it with graphics that look like

a visual ransom note hastily assembled in the back seat of a speeding car with blown shocks by someone with safety scissors, a pot of glue and a very severe case of DTs?

First, why choose this photo at all?  Outside of the circles you run in, Liz Cheney is virtually unknown and her face contains no obvious visual cues as to her identity, so why choose a photo of her that says nothing about who she is other than 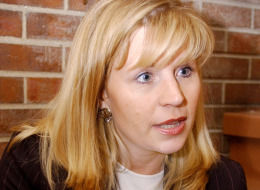 "I am a blonde lady standing in front of a brick wall and possibly moving my extensive Holly Hobby doll collection into my new office"?

Second, really?  Your just gonna take Dick Cheney's face, crop it with a pair of lawn shears and bolt it to some (as far as we know) anonymous blonde lady's profile?  Really?

Liz is nothing but her horrible daddy's horrible little cipher --

Before repeatedly using his deal with Satan to cheat death, former Vice President and It’s A Wonderful Life villain Dick Cheney brought spawn into the world and it immediately began saying horrible things that are false and stupid...

-- so why not take another minute or two to think about what you want your pic to convey?  Why not look around Teh Internet for raw materials that tell the story you want to tell?

Here, for example, are my own efforts that I created as an instructional aid just for this post. 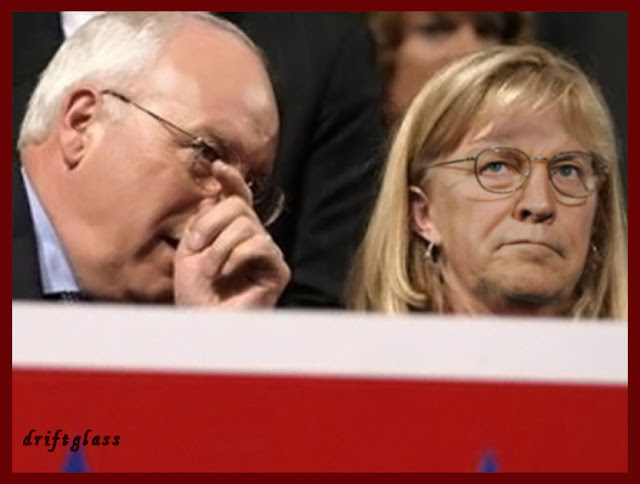 It took me about 15 minutes to locate the pics I wanted and another 40 minutes to build the thing.  I worked it up on my creaky 7-year-old laptop with its creaky 7-year-old version of Photoshop and jittery mouse, and I would have gotten it posted lot faster had I not gotten enamored of these two photos first 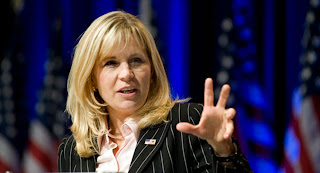 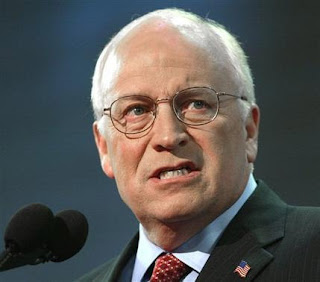 and burned 45 minutes trying to make them work (the end result was, in my modest opinion, several hundred times better than what you posted but still wasn't up to my standards so I pitched it.)

The first step to getting better, Wonkette, is admitting you are powerless over sucking at Photoshop.

Counselors are standing by.

P.S. Wonkette was the first blog I ever common-tatered upon.
~

I've often thought you should offer tutorials for doing the awesome that you do with PS...I'd pay $20 for a PDF patiently showing us how to do it!

In Wonkette's defense, they were able to flip the photo.

"Your just gonna take Dick Cheney's face, crop it with a pair of lawn shears and bolt it to some (as far as we know) anonymous blonde lady's profile? Really?"

You know, I actually found that rudimentary hack job to be funny. I laughed at it and sort of found the whole thing endearing. It was almost mocking the whole "lets photoshop someones fact onto this" concept. Whether or not it was intentional, I quite liked it.

I have a photoshop job for you! rebecca at wonkette.com for details please!

You have great photoshop mojo, driftglass, but sometimes bad photoshop is really funny.

When I first saw that photo I thought about the lengths Dick's Docs would go to, would they actually offer to switch his head with his daughters so he could have those lovely younger/alive organs.

I kinda imagine the surgery would end up looking as botched as that Photoshop.

Pictures of Cheney and offspring always bring to mind those "FIRE, BAD!" moments from the Frankenstein films...

Oh man, I watched "Bride of Frankenstein" this weekend and realized how thoroughly corrupted I've been by Mel Brooks while watching the blind man scene.

I don't know if you meant it that way, Driftglass, and coming out of my Yankee mouth it might not mean much, but my first thought after reading this post was...

"Now THAT is a cover letter."

There is no bad Photoshop. Pixels, OTOH can be occasionally tainted in months ending in 'R'.

Careful, DG, or Wonkette will seek to engage some alleged PS expert in a faraway land - real Amurricans just won't do this work!