Thing One and Thing Two 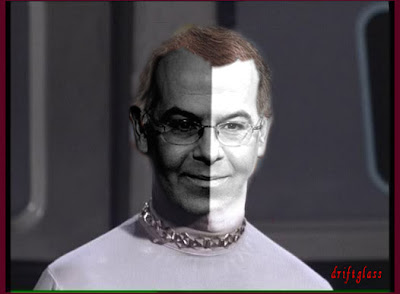 "These things will not bite you.
They want to have fun.
Then, out of the box
Came Thing Two and Thing One!"

Today, Our Mr. Brooks' column is made up of bits of leftover Tyler Cowen with a side of Centrism.

According to Mr. Brooks column, here is the world I live in:

So what new information about the world I live in did I learn today?

But I did learned once again that, to make his points, Our Mr. Brooks will happily amputate however much of the Truth he needs to in order to fit it snugly into into his little boxes  (For example, to make this formulation work, Our Mr. Brooks simply redefines the necessary support systems that any healthy society requires -- "heath care, education and government" -- into a single Economy Two "economic sector" which he can them counterpoise with the very efficient Economy One.  Mr. Brooks does not mention that none of our global competitors -- not even the really, really efficient ones -- are damnfool enough to treat the "heath care, education and government"  bone and sinew of their societies as just another economic sector.)

I learned for the 1,000th time that building simple, binary straw men and then deconstructing them with punditry so oversimplified that it constitutes journalistic malpractice is a good dollar.


Then our fish said, “Look! Look!”
And our fish shook with fear.
“Your mother is on her way home!
Do you hear?
Oh, what will she do to us?
What will she say?
Oh, she will not like it
To find us this way!”


“So, DO something! Fast!” said the fish.
“Do you hear!
I saw her. Your mother!
Your mother is near!
So, as fast as you can,
Think of something to do!
You will have to get rid of
Thing One and Thing Two!”

You know what happened to the Lorax, eh?

Man, it must feel good to FINALLY be done with Lent. Like letting out that sneeze you've been holding back. Except with Bobo it's more like vomit.

Thank Fred that Lent is over! That's another good reason to be an atheist, right there...