The Man-On-Dog Who Fell To Earth

The candidacy of Rant Sicktorum finally perishes under a cataract of Romneybot money.

Updated Rick Santorum suspended his presidential campaign on Tuesday, bowing to the inevitability of Mitt Romney’s nomination and ending his improbable, come-from-behind quest to become the party’s conservative standard-bearer in the fall.

“We made a decision over the weekend, that while this presidential race for us is over, for me, and we will suspend our campaign today, we are not done fighting,” Mr. Santorum said.
...

And a shocked nation is left to wonder what an administration based entirely on Chick Tracts: 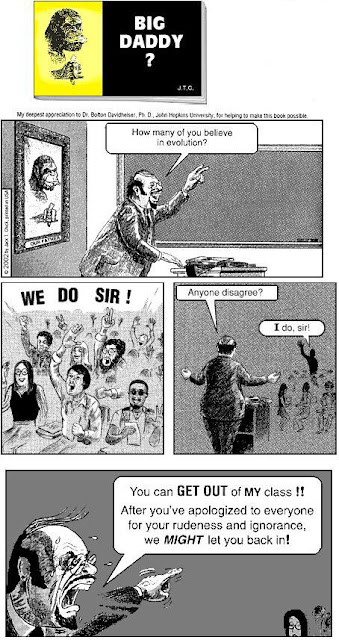 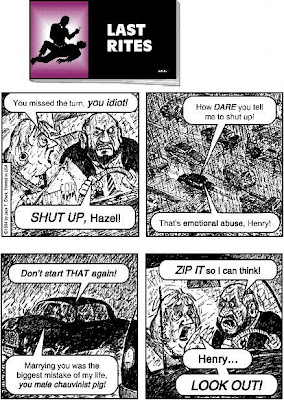 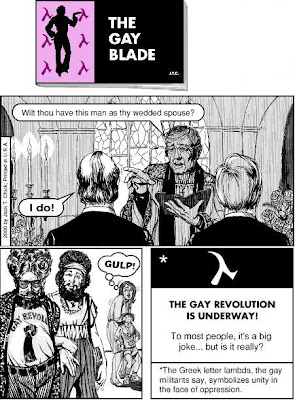 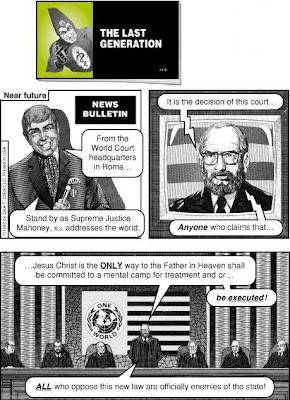 *(Except, of course, for those tracts which explain in crude but vivid detail how Catholics are secretly in league with Satan and the Commies!)

"Satanic human sacrifices [a.k.a. Halloween] are a slap in God's face."

How true! If the story of Easter teaches us anything, it's that you should only sacrifice humans to God.

I *love* Chick tracts!!! I adore the Satanic witch Miss Snow, who appeared in "Dark Dungeons", among others. ("Not now! I'm killing the zombie!") There is quite a bit to say about how his schizophrenia manifests in his tracts.

Much to my shame and a long long time ago I use to hand Chick Stone pamphlets out as a desperate 13 year old kid wanting to be a part of a crowd. I remember my Social Studies teacher humiliating me for reading them. Thankfully I came to my senses (not through that teacher) on my own around 14 years of age. Not without some damage being done, though

Sorry I meant Jack Chick of course, not Chick Stone.

Holy shit, those little evangelical comics have been around a long time! I remember the Jesus Freak movement back in the early 70s (at least in rural Wisconsin), and they were handing out those same little comics. May even have been drawn by Jack Chick. Creepy evangelicals fifty years ago, same creepy folks today.

"committed to a mental camp for treatment, and or be executed."

Dude, if you're just gonna execute them... tehres no need to send them to camp.

I remember seeing them in the 70's as well. In fact, the last time I saw one was at a coin op laundry my mother went to. They were scattered around everywhere, and filled with images of children roasting in the fiery pits of hell! Scared the shit out of me, as evidenced by the fact I still remember them 40 years later.
Please tell me those are old issues and they don't still make them!!

You have to send them to camp, because that is sinister and overly dramatic. Since Satan created Teh Gays to handle PR and marketing (and interior design), *everything* has to be overly dramatic. Everyone knows Teh Gays love camp.

You can order the whole set! They even brought Dark Dungeon back for the re-release of Dungeons and Dragons.

"Children 'round the world put camel shit on the wall. They're making carpets and treadmills, and garbage sorting." As true now as it was in 1980.

"So where's the moral when people have their fingers broken?" Yep. Still waiting for the answer to that one.
"To be insulted by these Fascists is so degrading" Amen Davis, amen.