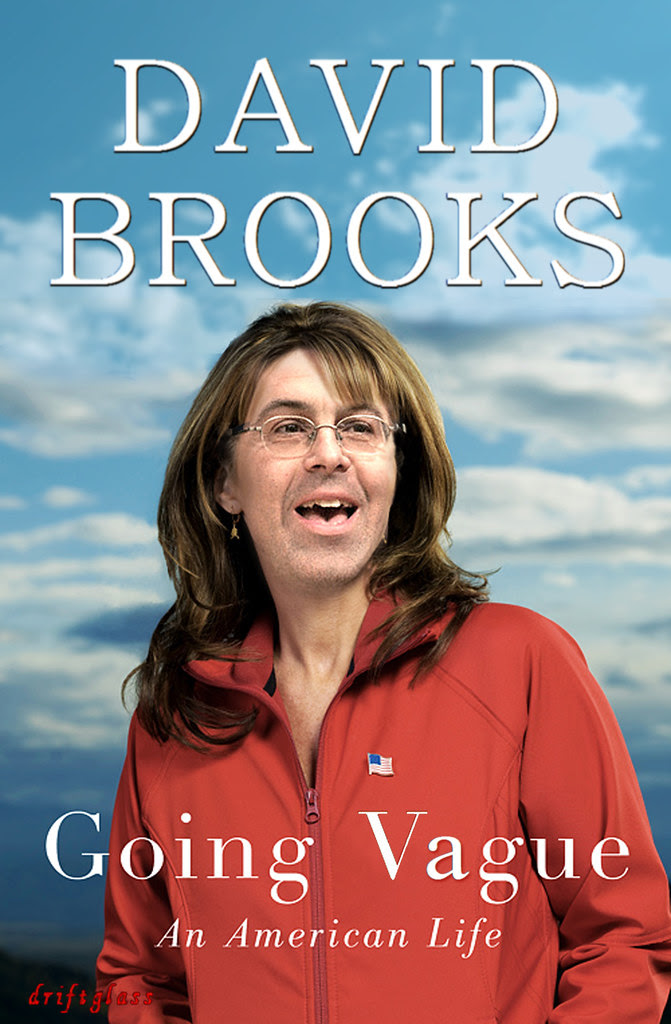 In the New York Times of October 13, 2010, David Brooks makes it clear what force in American political life he believes we all need to be Very Afraid of: namely the sinister influence of the "lefty blogosphere" and our crazy, business-hating ways:

"The second reason Obama’s behavior is depressing is that it shows that the administration is getting mentally captured by the lefty blogosphere. The real secret of mature leadership is that you can’t confuse your party’s information food chain with reality. The lefty blogosphere, like the righty blogosphere, exaggerates or makes up facts that flatter its world view, ignores the rest and ends up in a comforting fantasy land. The Obama people used to understand this. In this case, they seem to have lost their distance from it.
...

"The main reason the Democrats are in trouble is not the Tea Party movements. It is because independents have abandoned the Democrats. The polls clearly indicate indies think the party is too liberal and too hostile to business. So why does Obama take every conceivable opportunity to go to war with business?"

In the October 19, 2010 edition of the New York Times, David Brooks obligingly makes it equally clear what force in American political life he believes we should all really, really, really stop paying attention to: namely, those hundreds of millions of secret, untraceable dollars that are pouring harmlessly into Republican campaign coffers:

"In this day and age, money is almost never the difference between victory and defeat. It’s just the primitive mythology of the political class."

And now, like so many of his corrupt, Conservative brethren, his past has become dreadfully inconveniently, dragging along behind him making a monstrous, clanking racket that constantly threatens to drown out whatever Centrist twaddle he happens to be peddling today.

Which is why David Brooks positively hates the "lefty blogosphere".

Because far from being some seedy "lefty blogosphere" shantytown, Self-Flattering Revisionist Fantasyland is actually the upscale, gated media community that Mr. Brooks and his complicit Villager accomplices call home. He hates us because we persist in being the barbarians at that gate: the lonely, rude minority who will not meekly allow him to pretend that he never wrote what he wrote, or said what he said, or that his shameful, bloody-soaked past never really happened.

Because in David Brook's clubby little world there long ago stopped being any real penalty for fawning, failure or fraud: deportation and exile are reserved only for those who threaten to spoil the illusion that the bare-assed-naked emperors of Self-Flattering Revisionist Fantasyland are really clad in the finest Edward R. Murrow capes and Walter Cronkite crowns.

Because as he has failed and groveled his way upwards along a geometrically-accelerating trajectory, David Brooks really has become a walking, talking master class in everything that is horribly and unfixably wrong with elite American media and culture.

In the long struggle to unlearn almost every fairytale I was ever taught about how persistence, competence, fidelity to the truth and brilliant execution will eventually overcome the confederated inertia of inept, insider circle-jerk charlatans and mediocrities, he has been my last and greatest teacher.


Postscript: My comments to this effect and a link back to this site posted in the Mr. Brooks' comment section appear to have once again vanished into the pellucid ether. 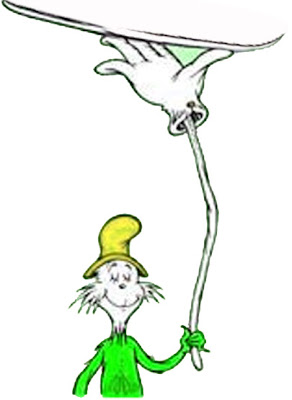 Right. Money influencing elections is part of a mythology. The warm, damp, yielding confines of Bonobo Brooks' testicsl cozy is the only place we need go to for astute political analysis. The "wisdom" of the non-existent "center". Forget the moon - you can see his spurting sockpuppets from the Orion Nebula.

Brooks has lost his mind.

"The main reason the Democrats are in trouble is not the Tea Party movements. It is because independents have abandoned the Democrats. The polls clearly indicate indies think the party is too liberal and too hostile to business. So why does Obama take every conceivable opportunity to go to war with business?"
That's really a gem there huh...?
As some blogger pointed out in the past (who could it be?) "independent" for the most part, was just a shiny new badge, self pinned, by the Caligula junior supporters, who after 8 years of nation flogging suddenly discovered they had never really liked the shrub at all.
...and who else would that describe? Maybe a group who initially was too dull to realize the name they had picked for themselves, was in fact, a description of nifty sex act.
A group which never supported the Kenyan usurper in the first place...
So Dave.... the baggers are not Obama's problem, its the "baggers" that are Obama's problem.
Thanks DFB..you da man.

Today's Brooks column, amazingly titled, "Don't Follow the Money," has to be one of his most blatant lies. I commented on it last night just after 9pm PDT, expecting it to be among the first published, following their established first-in, first-out policy. Interestingly, they've now published 292 comments, some of which were, according to the authors, written this morning before leaving for work. So they've deviated from established policy. Of course, any comment after 100 or so won't be seen by many people.I wonder if Brooks has any input on this? My remarks are a bit pointed, but I wouldn't call them abusive. Could they be considered threatening?

Nice try at damage control, Mr. Brooks. You are certainly a good foot soldier for your cause. Of course, the unprecedented deluge of corporate-funded political advertising that has everyone talking has nothing to do with direct campaign spending, as you make it out to be, in this column. No, as you and everyone who has been paying attention knows, it is the direct and predicted result of the game-changing Supreme Court "Citizens United v. FEC" decision, passed earlier this year.

I always wondered why you, who are so clued in to all things political, have never once commented on the decision. As this column demonstrates, you'd prefer that it work its democracy-crushing magic quietly, behind the curtain.

"So why does Obama take every conceivable opportunity to go to war with business?"