Fundamentally Obama's Mother Was A Hamster 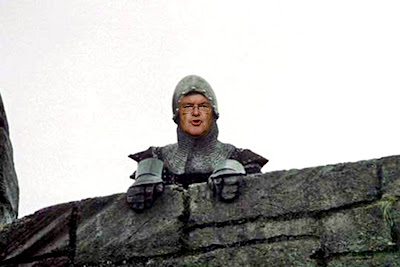 And basically his father smelt of elderberries!

From the NYT Blogs:

...
Mr. Gingrich, who is mulling a bid for the Republican presidential nomination in 2012, made the comments to National Review Online. He was quoted by the conservative Web site as saying: “What if [Obama] is so outside our comprehension, that only if you understand Kenyan, anticolonial behavior, can you begin to piece together [his actions]? That is the most accurate, predictive model for his behavior.”

Commenting on a recent article in Forbes by Dinesh D’Souza, Mr. Gingrich told National Review Online that Mr. Obama “is a person who is fundamentally out of touch with how the world works, who happened to have played a wonderful con, as a result of which he is now president.”

“I think he worked very hard at being a person who is normal, reasonable, moderate, bipartisan, transparent, accommodating — none of which was true,” Mr. Gingrich was quoted as saying.
...

Of course, Newt is a racist bottom-feeder.

And a Valued Fox Employee.

And the brains of the Right.

And a blithering joke.

Newt also knows perfectly well what he is doing, because he knows that for more than 30 years the soul of the Right has been a howling, mindless lynch-mob forever hungry for their next bonfire.

The proof has been there all along, plain as day every day, for anyone who bothered to look.

Of course, "nice" Conservatives (who are too emotionally catatonic to deal with it) and gutless Centrists (who are simply too damn cowardly to take a stand or make a single, undiluted judgment about anything) cannot face this fact at all.

Of course, a handful expat Conservatives have begin to edge up to this ugly truth and poke at it briefly, but are still driven by the desperate need to believe all those bad people just magically showed up 10 minutes ago -- without warning! -- and that they're all somehow aberrations and freaks, and not real Conservatives.

Meanwhile, as they busily lie themselves to sleep at night with ever more massive doses of delusion and absolution, the soul of the Right goes right on being a howling, mindless lynch-mob forever looking for their next target.

And for their next leader. 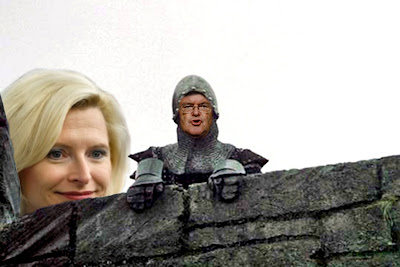 Why anyone thinks New Gingrich is an "intellectual" is really beyond me. He just plays one on TV, and apparently convinces even progressive villagers like those found on MSNBC, who couldn't manage to accuse him of being an obvious racist last night, but only opined that he must be playing to the "fringe." Yeah, right. Gingrich is an assassin who has no morals at all. He's the guy who sees impeachment as politics by other means--as no one should forget, since he acted on that premise after gaining control of the House in '94.

Gingrich has already been convicted of ethics violations and thrown out of congress once, why would anyone believe he's changed. Gingrigh will be what he needs to be to get what he wants, sounds a bit pathological to me.

It goes against everything the USA was founded on!

that only if you understand Kenyan, anticolonial behavior, can you begin to piece together [his actions]?

What an amazing amount of contortion, just so he could put the word "Kenyan" in to the same sentence as the word "Obama". All based on an article Obama's father wrote in an African magazine 40? years ago (that had nothing to do with colonialism or anything else Newt could hang his hat on). Not much more of a political strategy than noun, verb, 9/11. Buckley must be spinning.
Crack research there, top notch police work indeed....
I fart in Newts general direction.