As The GOP Flings Itself Dick-First 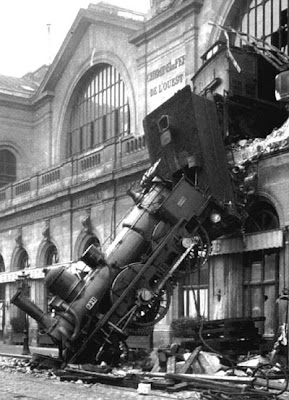 Ever deeper into Crazytown, it seemed like a fine time to haul this little number from June, 2006 back up to the front of the shop: 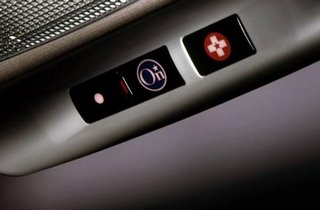 May I help you?

Citizen: Oh thank God. This car just came...came...plunging out of the sky right in front of me. It’s on fire and I think there are people trapped inside.
GOP OnStar: Turn right immediately.

Citizen: But...but, I said that I think there are people trapped inside.
GOP OnStar: Yes, sir. I heard you. Are you a doctor?

GOP OnStar: Well then don’t worry; someone will be along shortly to take care of it. We suspect...terrorists...are behind it, so you need to leave. Immediately.

Citizen: Ok, well I was trying to find a my way to a rational position on Iraq, and...

Citizen: It’s also getting pretty hot in here, so if you could tell me where I could find a scientifically sound environmental plan too.

Citizen: Are you sure?

Citizen: But the signs all say “No Exit Strategy”?

Citizen: It, uh, doesn’t look like there’s a road there?

Citizen: Look I’m driving through a fucking forest and I can’t see a damned thing.

Citizen: Is this even a person? Is this a recording?! There. Is. No. Road. Here.

GOP OnStar: No sir, this is not a recording. I am Karl, your GOP OnStar operator. Your destination is directly ahead of you, to the right. And the terrorists are directly behind you. They're gaining fast, so you need to keep accelerating and turning right.

Citizen: I swear to Christ, OnStar, if you're fucking with me I will never, ever...aughhhhhhhhhh!

Sound of a massive crash.

GOP OnStar: GOP OnStar. May I help you?

Meanwhile, for the political wizards running happily in their hamster wheels deep inside the White House, shooting the base in the face is apparently never out of season.


I'm going to be charitable and chalk up these churlish comments from an unnamed official to fatigue rather than stupidity. But in the future the White House would probably do well to remember that as much as they loathe their base that they still need them to get out the vote in November. They should also remember that Blanche Lincoln is not a particularly reliable ally to the administration while labor is essential.

Also, constantly belittling the democratic process and condescendingly telling their voters to shut up and do as they're told is not likely to garner the defense of the netroots who are the only defenders they have when the right wing and the villagers decide to turn the administration's sleazy-but-legal political practices into a scandal.
...

Finally, this bit of 11th hour tealeafery from Sullivan is also tragically accurate.

There was some hope that [Palin's] recent endorsement misfires might signal a declining appeal with the base. Nuh-huh. She owns the GOP base. The most hopeful inference is that she wants to be a queen or king-maker - and not the queen herself. And that makes sense as long as you ignore every single thing she has ever done in her life and career.

Of course, the Palinization of Conservatism is not a freak of nature: it is the logical outcome of powerful, toxic forces set in deliberate motion by the Conservative movement itself while Andy Sullivan was still in short pants. They patiently poured billions into cultivating this country's preexisting strains of malice, bigotry, rage and ignorance with all the skill and premeditation of a drug cartel horticulturist hybridizing marijuana to increase the yield and wallop of their crop.

In Palin they have succeeded beyond their wildest dreams. And it is just too fucking bad that Conservatives like Sullivan could not be bothered to notice what was going on right in front of their noses until it was far, far too late.
at June 09, 2010

And, of course, it's started already.

And I'm not going to be in too much sympathy with the White Housers who never saw it coming.

Because they are so "innocent."

Thanks, Dg. For years you've provided the Fortune Teller booth at the Progressive Circus.

And we love you for it.

when the right wing and the villagers decide to turn the administration's sleazy-but-legal political practices into a scandal.