When You Get Beyond 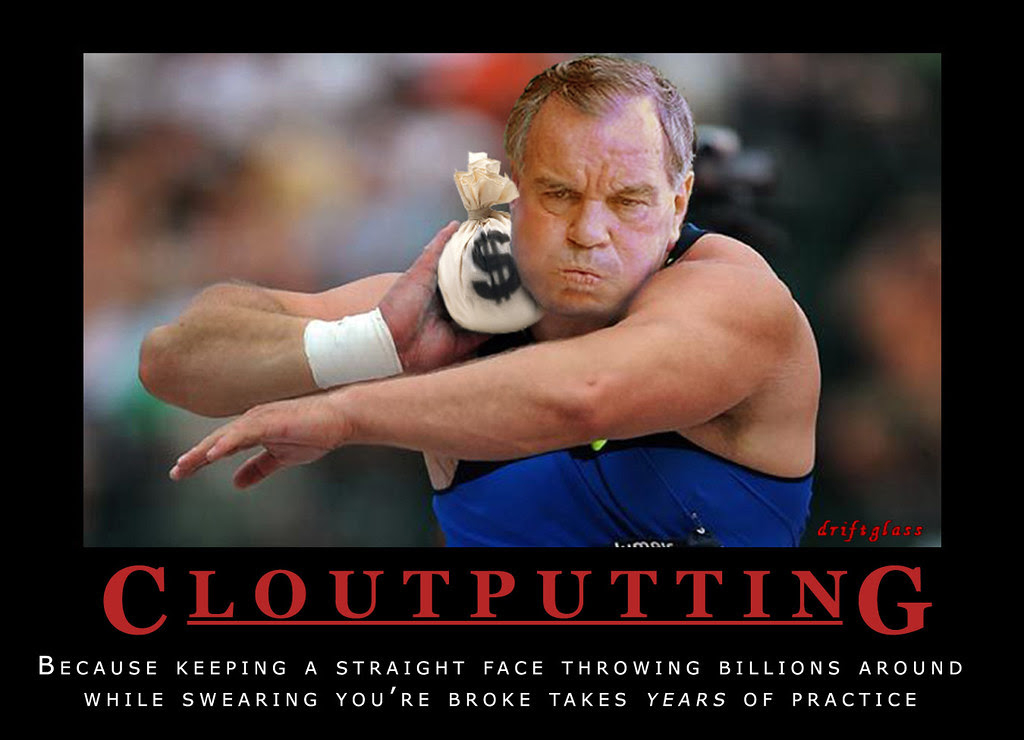 the toxic MBA happytalk and corporate CEO mentality that Da Mare absolutely fetishizes and under which America has been smothering for 30 years, and give the "Running Gummint Like A Business" fairy tale some good, hard, up-close scrutiny, this is what it actually looks like (from The Chicago Reader):

In the past few weeks, Chicago Public Schools CEO Ron Huberman has called on parents, teachers, students, central office bureaucrats, and ordinary taxpayers to do their part to help the district erase a $900 million budget deficit: Teachers should forgo promised pay hikes. Students must do without sophomore sports. Coaches should be willing to coach for free. Class sizes are likely to swell. Taxpayers should expect higher bills.

And what about the CPS administration? They've already done their bit, according to Huberman. "Over the past year, we have worked to close the budget deficit by focusing on Central Office and Citywide departments," he recently wrote in a memo to schools employees. "These cuts were very difficult, but our primary goal was to minimize direct impact on schools."

Last week Mayor Daley weighed in, admonishing teachers to enter the "real world" and forgo their 4 percent raises. "Government has to diet," Daley told reporters on March 22. "You have to be able to cut back and start sharing the loss that people have."

Wow—that sounds like decisive leadership. But having spent the better part of the last week poring over the 350-page Chicago Public Schools budget, I can tell you there's little evidence that the central office has gone on a diet. In fact, top schools brass are enjoying something like a carbo-loading feast. The district's highest-ranking officials got healthy raises this year— and one of the biggest went to Huberman.

How can CPS dole out raises while claiming to be cutting back? Let this be a lesson about the difference between a press release, disseminated far and wide for mass consumption, and a governing budget, buried on a Web site and read only by insiders and a few really motivated geeks.
...

Everywhere Huberman has gone he runs the same four-page playbook.

2. In the name of improved performance and a more efficient use of taxpayer dollars, install the same "rank and yank" performance system that helped turn Enron into a viper pit.

3. Spend a few years punching everyone in the face, humiliating and berating line staff, and generally using his Enron-methodology to wreck whatever is left of organizational morale and create a permanent culture of paranoia and number-cooking. This is called "working harder".

4. Use his platinum, Mayoral Passport to sail away to his next gig before someone notices that the system on which he has built his career has never delivered a fraction of what it promised, and his wunderkind reputation ends up permanently curdled.

It is not that the Chicago Public School system doesn't desperately need to be fixed.

It has has been deeply and tragically broken for decades, with more than enough blame to go around, starting with the parents.

It's simply that, however much taking out all that pent up wrath on the working men and women of the CPS may satisfy the blood lust of teacher-bashing ideologues and politicians, beating the schools with the Huberman Hammer isn't going to make them any better.
at April 02, 2010