It Was Many and Many a Year Ago

It seems very long ago and far away now -- buried behind a year-wide wall of economic collapse, bailouts, death panels, pants-on-fire teabaggers and underpants-on-fire terrorists -- when, if you wanted a job helping drive the Change Trolley in Hopeville, USA you fucking well better not’ve said or written ANYTHING that might, possibly:


1. Embarrass the new boss
2. Have left an electronic trail.

Remember? (All quotes from this NYT from November 13, 2008 unless otherwise cited)


For a Washington Job, Be Prepared to Tell All
By JACKIE CALMES

WASHINGTON — Want a top job in the Obama administration? Only pack rats need apply, preferably those not packing controversy.

A seven-page questionnaire being sent by the office of President-elect Barack Obama to those seeking cabinet and other high-ranking posts may be the most extensive — some say invasive — application ever.

The questionnaire includes 63 requests for personal and professional records, some covering applicants’ spouses and grown children as well, that are forcing job-seekers to rummage from basements to attics, in shoe boxes, diaries and computer archives to document both their achievements and missteps.

Only the smallest details are excluded; traffic tickets carrying fines of less than $50 need not be reported, the application says. Applicants are asked whether they or anyone in their family owns a gun. They must include any e-mail that might embarrass the president-elect, along with any blog posts and links to their Facebook pages.

The application also asks applicants to “please list all aliases or ‘handles’ you have used to communicate on the Internet.”
...

Upon reading the requirements for making this theatrical, public confession application I realized that the fact that I once-in-a-while suggest (in correct-but-occasionally-scatological Kings's English) that we might be better off with this public official perp-walked into federal prison forever, or that media celebrity working the quickie-dumpster-handjobs trade, and that I say "fuck" every now and then, would certainly disqualify me for all but the most menial 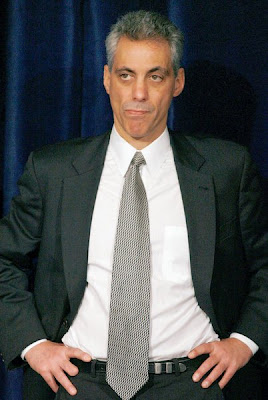 So I manned-up and faced the fact that I was never gonna be Assistant Secretary of Labor for Titties and Beer, no matter how spectacularly well qualified I might be. After all, if Barack Obama was going to change the way Washington worked, we Liberals were going to have to allow him to radically raise the standards of behavior, even if it cost us personally:


...
But Mr. Obama has elevated the vetting even beyond what might have been expected, especially when it comes to applicants’ family members, in a reflection of his campaign rhetoric against lobbying and the back-scratching, self-serving ways of Washington.

“President-elect Obama made a commitment to change the way Washington does business, and the vetting process exemplifies that,” said Stephanie Cutter, chief spokeswoman for the Obama transition office.
...

Because even with all the good will in the world, when you have run an entire campaign centered on cleaning out the Augean Stables of Washington D.C., even the appearance of impropriety could blow a hole below your Administration's water line at a time when the GOP is going to be using every, little bump and glitch to try to destroy you.

So, y’know, gotta avoid that:


...
Just in case the previous 62 questions do not ferret out any potential controversy, the 63rd is all-encompassing: “Please provide any other information, including information about other members of your family, that could suggest a conflict of interest or be a possible source of embarrassment to you, your family, or the president-elect.”

The answer could duplicate the response to Question 8: “Briefly describe the most controversial matters you have been involved with during the course of your career.”
...

Especially with regards to the fever-sick pesthole of corruption, greed and failure that is the American financial industry:


...
Jobs with the mortgage-finance giants Fannie Mae and Freddie Mac have served as lucrative incubators for Democratic and Republican administration officials. But those affiliations have become potentially toxic since the government seized both companies after years of financial irregularities that have stoked the economic crisis.
...

And, of course, super-duper especially in the case of anyone who had been, say, playing email footsie with one of those bloated, gangster-capitalist failures who were gorging themselves on jillions of dollars in taxpayer money.

Because, that would be a fucking catastrophe…


Not surprisingly, then, Question 18 of the Obama application asks whether “you, your spouse or any member of your immediate family” have been affiliated with Fannie, Freddie, American International Group, Washington Mutual and any other institution getting a government bailout.

A batch of internal emails showing that the New York Fed, at the time led by current Treasury Secretary Timothy Geithner, urged AIG to conceal certain terms of the company's bailout from the public is fueling a new round of anger from lawmakers.

The House Oversight Committee has set its sights on Geithner and has invited him to testify on the AIG scandal in the coming weeks, the Associated Press reports. But White House spokesman Robert Gibbs said that Geithner, who he said "was not involved" in the emails, still has President Obama's full confidence.

The emails show that after the government agreed to pay banks 100 cents on the dollar for their contracts with AIG -- despite the insurer's efforts at the time to negotiate the amount down -- New York Fed officials encouraged AIG to withhold references to the payments in regulatory filings.

Chief among Geithner's detractors, The Business Insider's Henry Blodget wrote that Geithner mismanaged the financial crisis by directing "the most appalling corporate bailout in U.S. history," consistently yielding to Wall Street first and failing to extract from companies key gains for taxpayers -- like increased lending. And for these errors, even if he worked with the best intentions, Secretary Geithner "must go," says Blodget:


Geithner must go not just because of the emails showing that his New York Fed ordered AIG to keep details of the bailout secret, but because of many other decisions and policies he has championed in the past two years.

These decisions and policies have consistently put the interests of Wall Street ahead of the interests of the taxpayer, and they have undermined the public's confidence in the government at a time when the country needs it the most.

Which, as far as I can tell, can only mean one of two things:  Either Geithner has got to go, or I get to play this --

-- at my Assistant Secretary of Labor swearing-in ceremony.

You're goddamn right,
You son-of-a-whore
That's the only reason
I learned writin' for
Gimme that paper...bet yer ass I will sign...
Cause I need a beer,
An' it's titty-squeezin time
at January 08, 2010

Well, Geithner claims that he doesn't know anything about the deal or the emails. That just sort of leaves one small problem -- if he couldn't adequately supervise his employees at the Fed, how can he be competent to oversee the US Treasury.

I sure hope there is a revolution, if only to see you installed as Assistant Secretary of Labor for Titties and Beer.

at least when i'm on the road playing there isn't any pretending about what goes on.

everybody knows that the activities on the bus went way the fuck beyond simple inhaling.

nope. i will never be able to run for jack shit myself.

come to think of it, that's a good thing.

and geithner being so corrupt is a surprise?

May your ride up the Mountain of Mystery be filled with fine amber-hued libations and bodacious mammalian protuberances, D...Or should I say, 'Mr. Assistant Secretary'.

Geithner makes me miss the old Gong Show - I would love to see him danced off by the comic wearing a paper bag over his head.

It would be the perfect end to his career.

Tengrain's really onto something there. Judicial confirmation hearings would be an absolute blast if the committee chairs had gongs.

I agree that Geithner Needs to Go, but I'll be damned if Henry "I can't believe what a POS [piece of sh-t] that thing is" Blodget is even a little persuasive on that score. Kind of like Eliot Spitzer counseling the rest of us on the evils of prostitution. Sheesh.