What Substance Freezes So Hard 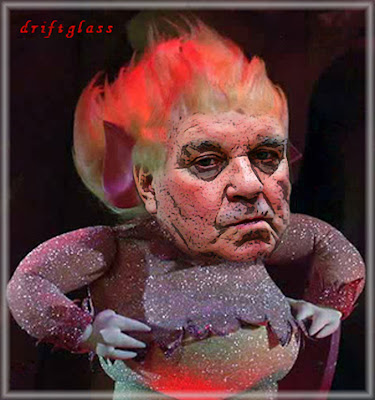 That even Mare Heat Miser can't melt it?

Why, Parking Meteranium of course!

Some of the new parking meter kiosks operated by LAZ Parking under a controversial lease deal that has already experienced operating difficulties froze up overnight as temperatures plunged into the single digits.

Most of the meters were being thawed out and expected to be back in service soon, according to a city spokesman, WBBM radio reported on its Web site.

One motorist told Crain's that a kiosk in River North was unable to accept payment this morning.
...

Messages from Crain’s to the city and a spokeswoman for the company that runs the meters were not immediately returned.
...

Of course if this latest very-public parking meter embarrassment were the fault of some poor, non-clout-list-protected city middle-manager screwing the pooch on the same, controversial project for the fifth time in less than a year, you can bet that he or she -- and half the people working for them -- would be marched up to Da Mare's Garden in The Sky high atop City Hall and ritually defenestrated before end of business today.

Such is the penalty for making the boss look like an idiot.

You can further bet that, forever after, the incident would be added to Da Mare's list of hi-larious anecdotes that he whips out whenever he wants to make the case that gummint sucks and everything should be outsourced to the private sector and out of sight.

But it was a private company that screwed up this time; part of the consortium of foreign potentates and clout-heavy banks into whose hands Hizzoner sold another of your birthrights at fire sale prices. So it doesn't even merit so much as a shrug.

Ironically, in a petulant, closed-door tantrum about the Olympics, it was Da Mare himself who gave the best commentary on the real reason why Metergate continues to be a story.

See how the original reads...when it has a little editorial help from me:

"He looked angry, and he was angry," a source told the Tribune. Another source said Daley was "in rare form."

Reminds me of the question I kept asking my professors (long ago) about the Soviet Union's leadership.

"Who put these people in charge?"

Notice how it now applies to everything?

You'd think they saw the volumes written as exposés as road maps to riches rather than cautionary tales.

If I ever run into Hizzoner da boy-Mare-King of this grand Stinking Onion, I'll just have to kabong him over his pointy little head with the bag of quarters I have to carry around so that I can park in the neighborhoods. Wonder if he'll get it? Bastid!