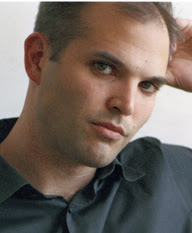 Here's a little taste of what goodness awaits you here in Taibbi's brass-knuckle cock-punching rebuttal of Evan Newmark's (WSJ) suggestion that it is time to declare Hank Paulson "a national hero".

...
Can you imagine what a craven, bumlicking ass-goblin you’d have to be to get a job working for the Wall Street Journal, not mention up front that you used to be a Goldman, Sachs managing director, and then write a lengthy article calling your former boss a “national hero” — in the middle of a sweeping financial crisis, one in which half the world is in a panic and the unemployment rate just hit a 25-year high? Behavior like this, you usually don’t see it outside prison trusties who spend their evenings shining the guards’ boots. I can’t even think of a political press secretary who would sink that low. Hank Paulson, a hero? Are you fucking kidding us?

Thanks in large part to Paulson’s leadership in his last years as head of Goldman, the company was so massively over-leveraged that it would have gone under if AIG — which owed Goldman billions when it went into its death spiral last September — had been allowed to collapse. But thanks to Hank Paulson, who heroically stepped in and gave AIG $80 billion the same weekend he allowed one of Goldman’s last key competitors, Lehman, to collapse, Goldman didn’t have to go without that money; $13 billion of the AIG bailout went straight to Goldman. So I guess we have Paulson to thank for the fact that he used about $13 billion of our taxpayer money to essentially bail out his own fuckups. I mean, that’s heroism if I’ve ever seen it. Audie Murphy has nothing on that. Sit your asses back down, Harriet Tubman, Thomas More, Gandhi and Jesus Christ. Hank Paulson is in the house!
...

Well, you can document this all you want (Matt & Dg), but if the citizens continue to roll over and say "Yes, sir" whenever asked if they want more gruel, we are cooked.

But thanks to Hank Paulson, who heroically stepped in and gave AIG $80 billion the same weekend he allowed one of Goldman’s last key competitors, Lehman, to collapse, Goldman didn’t have to go without that money; $13 billion of the AIG bailout went straight to Goldman.

Yes indeedy, Mr. Glass, I've started really enjoying Matt Taibbi's all-out assaults on the rightwing sycophants, lackeys and parasites who would gorge themselves on the lifeblood of America.

He gets right down to the nits and grits, calling them out for the soulless greedweasels they are, taking no prisoners along the way. It warms the cockles of my heart...and who among us doesn't need some warm cockles periodically?

What can I say in praise?

A hoss, picks a hoss, in valiant snarkage, all.

Love Matt, lurves me some Drifty.

I bow to yer wows.

They must be wantin' one of those medal of freedoms that bush gave to breemer and tenet for all their great work.

WGA Strike: Scab of the Week

Matt Taibbi is a Punk.

The WSJ is an even bigger joke now that it is part of Rupert Murdoch's media empire.

His blog is part of my "Must see blogging" roll, as are you, the Rude Pundit and relatively few others. I've always looked at Taibbi as my journalistic / political soulmate, not a centrist, not an independent but a true-blue, dyed in the wool, unbashed, unrepentant liberal. Only one with more common sense than the average liberal.

Taibbi's been especially sharp on some of the financial scoundrels.

It seems likely that Drifty would have an appreciation for Taibbi. Like Drifty, Taibbi expertly navigates the stinking hyperbolic sewer that is the MSM, and cuts right to the jugular.
Back in October 2008, dear Matt had this particular piece: "Mad Dog Palin," which in my humble opinion is one of the most insightfully raucous pieces of political writing I have ever read. Taibbi's writing is absolutely hysterical and painfully true regarding the Repug/Palin crowd.
It is perfectly relevant now, because obviously Palin will not go away, no matter how much we may want her to.