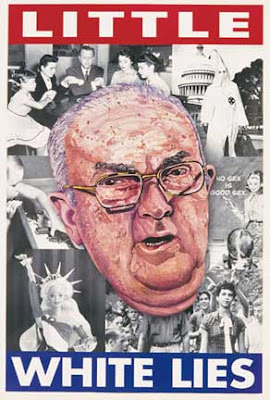 that Big Plantation in the Sky.

WASHINGTON (Reuters) - Former Republican Sen. Jesse Helms, a leading conservative from North Carolina who served five terms in the Senate before retiring in 2003, has died, CNN said. He was 86.

Helms, a blunt-talking product of the Old South, was known as "Senator No" for opposing just about anything that obstructed his conservative view of the world. 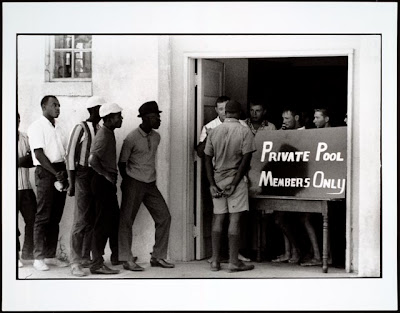 was what America should look like forever and ever.

So now Helms has gone to join the Infernal One whose causes he served so tirelessly while he walked the Earth.

But thanks to thugs like Karl Rove and the Swiftboat Liars, Helms will be survived by

I use that term loosely.

Helms, dead? Man, I thought he'd already died. I guess that's cuz he had no soul to begin with. No, there's no respecting death here. Helms was a furious douche, through and through. despicable, despisable, deplorable, crap where's my Douche-a-thesaurus?

Good riddance, and what a travesty for the slime he left behind.

His worm dieth not, and the fire is not quenched.

He was no worse than most who voted for him.

RIH ya bastard.
We just got one step closer.
I gave Timmeh a pass, not this guy.

My Fourth just got a little more special.

… and the flames in Hell burn a little brighter today.

And to think that I was listening to MC Hawking's "Why Won't Jesse Helms Just Hurry Up and Die?" just the other day. I may have to start going back to church.

My first thought was "Now Strom Thurmond will have someone to play cards with IN HELL."

With any luck, this human disease vector is down there in the Ninth Circle, occupying the hottest and most vile real estate Satan has to offer, too busy shoveling coal by the ton and drowning in his own sweaty stink to be playing cards with ANYBODY.

A pox upon him and his house...

I keep saying it, and I heard it from Violet Blue at SFGate.com a year or more ago:

We are the meteor.
They are the dinodaurs.

A better 4th Birfday Present, I can't imagine, other than the obvious gimme back my country platitudes.

One more dinosaur, gone.
And too many left of our own boomer's ages, to go.

But time, she's a funny bevel, a funny level.

She gets to us all, with certainty beyond taxes.

They all gotta go, sooner or later.

and let us not forget the millions his homophobia killed.

This news actually cheered me up. He was a poisonous, sexless old bag of venom and hatred and I have rarely been so glad to see someone go - I think Jerry Falwell was the last one. We can't be rid of that generation of racist hate-baiters fast enough for me. Yes, there are far too many of his ilk still walking around, but I have to hope that their influence is on the wane.

I was hoping the night in the early 1990s that the AIDS activists covered his house in Arlington, Va. with a giant condom would be the night he'd meet the Grim Reaper ... but when he didn't, it was clear why -- he didn't have a heart.