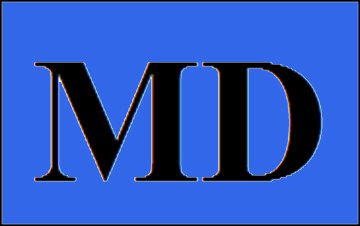 1,500 posts ago the late and much-missed Steve Gilliard cruelly put me out on the street to fend for myself.

This from a long-ago 2005 post sums up the actual/factual of what Gilly's Place was like upon the occasion of my packing my bindle and getting a little joint of my own:

...
Through their Open 24/7 Blog Home Place, I know a little about their past(s), birthdays, family backgrounds, health and taste(s) in booze, food, sports, lovers and politics. Stuff I couldn’t tell you at knifepoint about cousins of mine, I could tell you about them. And they share those things freely with the world through the big front window of their capacious Addams’s Family Mansion.

I hung out there -- and still do and will -- for the same reason anybody hangs out anywhere. A lot of places serve a decent burger, but only a handful of them serve a good meal.

Steve and Jen serve a good meal, and only ask that if you have something to say, you speak up and put a little skin into it. Be too much of a smartass, and you’ll get smacked. Too much of a dumbass, same deal. You’ll learn, or smack back, or back off, of dig in your heels, or be vindicated, or whatever. But unless you go waaaay out of your way to be nothing but obnoxious, and at a 120-Decibel-Loud, Toxic, and set-your-head-on-fire Nuts level, and post repeated calls for the Violent Overthrow of Petting Zoos, you won’t get tossed.

You’ll get mocked. Oh Boy Howdy Yes! You’ll get your monkey skull hollowed out and serially shat in in front of God and Everybody by the cadre of smart, interesting, opinionated, musky-but-in-a-good-way, lunatics that Steve’s honest, muscular prose has drawn in.

Gilly wanted lots of voices out here in the fields, raising hell.

And one small part of his legacy is that he now has blog grandkids: The estimable Physioprof has taken his Sharpie of Doom to the Politics of Dorian Gray, and enough kindly bootmarks were placed on Rehctaw's backside that he has up and started making eloquent mischief full-time here.

So instead of getting too soppy over dear and absent friends and exciting new voices, in celebration of my 1,500th I'm gonna have myself a quiet shot of very old Ardbeg, put on something bluesy and appropriate from Tom Waits' "Asylum Years"

allow myself one retroactive "Holy shit, that's a lot of writing!", and mediate over the fact that in addition to other fine attributes --

"You know, I love my friends, but I wouldn't leave them in my house with a couple of cases of beer to wait for the delivery of a grandfather clock."

A doctorate of blogging. How very cool, fitting and deserved.

Or perhaps symbolic of today's oft maligned May Day?

To you (Dad?) and Grandpa Gilly, I raise MY glass. As bars go, you've a fine one.

Congrats. You're making Steve proud with evey post you put up.

And you are one funny son of a bitch too, drifty. Congratulations and keep up the amazing work. And, thanks again Steve.

...Steve would be very proud.

You've taken the boss designation from Chicago politics and made it your own in the blog-o-sphere. Steve was proud when you hung out your shingle and no doubt would be prouder still.

I am looking forward to enjoying the next 1500 posts, and your long awaited book as well. :-)

You are a good dude, motherfucker!!

Kicking you out was one of the best things Steve ever did. I remember when your superbly apt and comedic comments in the threads prompted cries of "you should get your own blog. Why don't you?" And you hemmed and hawed (for good and practical reasons I'm sure) and then Steve just put his hand on your shoulder and said, "Son, it's time to move out." Of course he offered to help find you a place and move your stuff, because that's what he's like.

All the best Drifty,

It's sometimes said that those who talk a lot have little of value to say, but that is certainly not the case in these environs.
Congratulations, and kudos to you, D.

I wish I'd had the chance to meet Steve.

And I hope to sometime have the chance to meet you, too.

This bloggo may not have the highest traffic, but it's one of sharpest. Kudos.

Steve learned his lesson the hard way when it came to banning. I speak of netslaves of course.

His absence is a void the 'net cannot route around.

Personally, my own ego swells when I consider the excellent taste I have in blog reading. Thanks for making me feel good about my blog diet. And I can't wait for the next 1500.

In these times, fierce indignation lacerates many of our hearts... but so very few can give it voice.

Good on ya drifty.

And to Physioprof and Rechtaw.

And all the others I used to read at Gilly's.

I came along towards the end there.

Read some GREAT threads by Steve AND Jen, and the comments were always of such a high standard it amazed me.

Steve gave birth to SO many voices it seems, so on the occasion of Drifty's 1,500, here's a hearty 'Slainte Mhath' and a glass of the BEST of Tullamore Dew's to you Drifty, and to all them other voices I continue to revel in and enjoy on a daily basis.

Every post is an inspiration.
You have a rare talent.
Why this place isn't packed to the rafters is an absolute mystery to me but I am not going to bitch as long as my favorite spot at the end of the bar is still available to me.
Two shots of Tullamare Dew Barkeep, one is for Gilly.

You're fine, but I need to get a fucking life.

I think that I'm substituting quantity for quality too.

Congrats...Now go outside and play. The weather is great.

I'm not sure I get that last part, but I love the ensuing image it implies.

All I can say is:

And I sure miss the great voice that was Steve Gilliard!

Your first 1500 have inspired and many will live with the inspiration after that.

Please keep learning, keep inspiring and keep "living" in a corner of town where Tullamore Dew is the call. I'm pulling a bottle off the shelf right now that was just recently hand-delivered from Shannon Airport.

when ya love what ya do, the best shines thru!

I know I can always come here and read something great from you every day.... Amazing!

Congrats, drifty. This is one of my first stops for morning reading, along with GNB.

Too early for scotch but I'll raise a bellini...

Congrats Driftglass! And thanks too, for your brilliant posts.

Happy anniversary, dude. I passed my 1500th post some time ago with hardly a lower case yay (I have a partner, Susan the Computer Wizard, so it's nigh impossible to determine how many were written by her and especially by me).

It's real easy to not get excited by milestones when your blog is dying by slow degrees and you can't even maintain a four figure a day hit count, let alone the five figures a day I was getting a year ago.

But here in Castle Driftglass, it's a legitimate milestone, so here's to the next 1500.