But You Can Haz 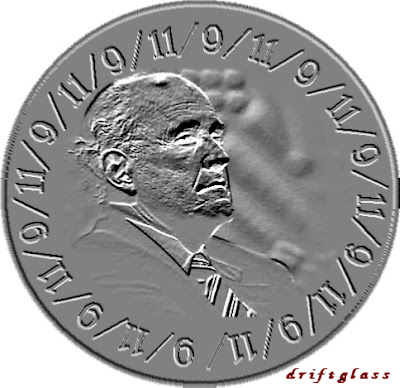 About a dozen senior campaign staffers for Rudy Giuliani are forgoing their January paychecks, a sign of possible money trouble for the Republican presidential candidate and last year's national front-runner.

"We have enough money, but we could always use more money," said Mike DuHaime, Giuliani's campaign manager and one of those who now is working for free. "We want to make sure we have enough to win."

At the end of December, the campaign had $12.7 million cash on hand, $7 million of which could be used for the primary, DuHaime said Friday. He disputed the notion of a cash-strapped operation and said Giuliani continues to bring in money; several fundraisers are scheduled this week in Florida.

The former New York mayor has yet to win a contest and is counting on a victory in delegate-rich Florida on Jan. 29 to prove his candidacy is viable heading into the multistate contests slated for Feb. 5, where he believes he can prevail in states such as California and Illinois.

It's an unorthodox and costly strategy because Florida and states that follow have some of the most expensive media markets in the country. And with so many states voting in such a short time period, candidates can do little else but rely on paid media — and news coverage — to get out their message.

Republican strategists estimate that it will cost roughly $35 million to run one week of heavy levels of ads in the two dozen states that hold contests on Feb. 5.
…

DuHaime and other aides stressed that relinquishing pay was voluntary and was limited to senior staffers, many of whom already had contributed the maximum allowed by law to the campaign, $2,300. Aides said some people offered to give up their checks, prompting the campaign to then ask if others wanted to volunteer. They insisted no one was forced to work without pay.
...

I’m sorry, but do these pants make me look stupid?

Or are you for-real telling me with a straight face that an Establishment Republican campaign is now insisting that not getting paid is A) Virtuous, and, B) Unrelated to any underlying, lethal financial problems?

Because I’ve been in those kind of “let’s all volunteer to tighten our belts” meetings before.

I’m betting so have you.

The meetings where everyone in the nice suits looks poo-daggers at the drones who don’t want to “volunteer” to give up a little more blood and rent money for The Glorious Cause. Maybe you're just not the team player we thought you were? Or maybe you just want the terrorist to win?!?

The meetings that are followed by the office printers choking to death on the reams of freshly-burnished staff resumes that begin immediately spewing out of them.

Through September, Giuliani had raised $45 million and had $11.6 million available for the primary campaign. With $7 million in cash on had at the end of December, that means Giuliani had spent nearly $5 million more than he took in during the last three months of the year.

All Republican candidates have struggled to raise money for the 2008 presidential race, an indication that GOP donors aren't as energized as Democrats. Nearly every GOP hopeful set sky-high fundraising goals, but failed to meet them.

Giuliani, for his part, spent $300,000 on radio ads in Iowa and more money on direct mail, only to come in sixth. In New Hampshire, he spent some $3 million on TV and radio ads, and flooded mailboxes with direct mail; he finished fourth. He has been spending millions over the past month to run TV ads in Florida, and had a high rate of spending throughout most of last year.

Over the past few days, Giuliani has moved his handful of paid staffers out of Michigan and South Carolina to Florida, which has emerged as his best shot to re-ignite his campaign.

He also launched two ads in Florida, one of which urged viewers to discount media pundits and their election analyses. The ad seemed as much aimed at voters as it was to fundraisers, who are crucial to the well-being of his campaign at this stage.

Giuliani's two new ads in Florida cost about $650,000 in Florida markets. However, he is not airing them in Miami, the most expensive market in the state. The campaign said he is relying on earned media there.

Giuliani has spent nearly $1.4 million in Florida on ads since Dec. 28, according to data tracked by another presidential campaign.
…

While the inability to pay one’s paid staff might be charming and even marketable in boot-strappy, insurgency-inflected campaigns like those being waged by Ron Paul or Dennis Kucinich, it is outright laughable that the Emperor of All 9/11 thinks no one will notice that he is being reduced to running his organization like the local Pik-N-Save after the WalMart opens up across the street.

But hope springs eternal and, hey, maybe if he just wishes super-ooper-duper hard he can solve this problem the same way Republicans solve every problem.

Maybe he can tax cut his way out of the hole he dug.

Volunteers die in someone else's wars. Rethugs always get paid. Isn't volunteer synonymous with ''sucker'? in the rethug bible?

Lots of suckers, just not enough.

Popcorn's tasting good, but I'd like more butta please.

Ghouliani's campaign is shedding parts like an Indy car off the wall at turn 4.

Maybe he can tax cut his way out of the hole he dug.

The Rethug tax-cut-logic equivalent would be giving staff a 1000% raise, on the premise that their increased spending would so stimulate the economy to the point of orgasm that contributions would avalanche into 9udy 11uiliani's campaign coffers.

But somehow the theory only applies when you're shovelling money at rich Rethugs.

I guess he's too good to use his OWN money...

But I understand the Missus is high maintenance.

I guess he's too good to use his OWN money...
But I understand the Missus is high maintenance.

Not to mention the mistrus.

I just posted some thoughts on Giuliani:

Just when I am feeling low-down and useless, tired and worn down, you come up with fuckin' ROODYBUCKS! GODDAMNIT DRIFTY, I WAS KIND OF ENJOYIN' MY BLOOZY FEELIN'!

Rudybucks...you had me laughin' out loud or whatever it is the kids say these days.

"Breaking News: Giuliani's national finance chair, Roy Bailey, no longer has that position with the campaign

and mistrus' is 9udy's main problem... (in more ways than one)

Given all the internet cash that Doctorronpaul has been raking in, I don't think you can characterize his campaign as "boot-strappy" anymore.