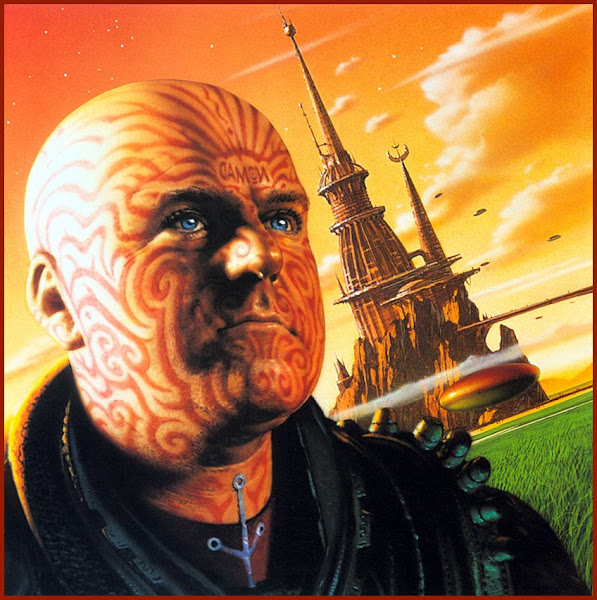 “The future enters into us, in order to transform itself in us, long before it happens.”

"...there rose up on his face the blood-red stigmata of his possession."

(Trivia question: what manga drew inspiration both from Sigurd Magsman and from the Burning Man?)

many TV political shows have had segments of Ire.
Olbermann had his , Worst Persons in the world". For example.

It is time for a segment where they present a GOP promise, a GOP prediction that never came true but was blared out loud and long.

Basically When they were wrong. Or , Still wrong.

Omens of the right wing.
Obama born in Kenya, coming for your guns.
Reagan said he did not sell TOW missiles to the Iranians terrorists but later said , "although his heart says he didn't , his head tells him otherwise.
2007, if the democrats bail out Wall Street with socialism we are all going to die.
Mexico will pay for the border wall.

Show these predicting /promise clips and then show clips of how it turned out.

My favorite, 2017 tax cuts will pay for themselves, will trickle down. Will create good paying jobs and raise wages and benefits for everyone.
Today, So many company employees on strike for wages and benefits. Many minimum wage workers not returning to cheap labor pool and seeking better work.

having segments in history like this would be informative.

matter of fact, they could make PSA's out of them.

Beavers? They are so badass that sometimes they are determined to be "nuisance beavers" after which they are relocated to the headwaters of various rivers in Washington state, or as in the fifties, parachuted into Utah... Thing is, it never seems to work, and they just end up showing back up at the places, hundreds of miles away, where they were found to be nuisances in the first place.
The goddamn Republicans don't really do anything besides cheat their way into power and think up new trigger words any more. Responding to the trigger words is a skill political operatives have to cultivate, but us mere mortals are just annoyed by them, for the most part.
So it seems to have been determined that one, if the proper skin color and ideology, can hunt protesters for sport, and be richly rewarded for one's trouble.
This may not be the cheerful development they imagine it to be, as there are legions of us out here who are armed, liberal, and angry.
On the other hand, we tend to be sane, so maybe they don't have much to worry about.
Princess Sparkle Pony thinks the little Nazi is in for the same travails as George Zimmerman, whose life sort of fell apart after the right wing worshipers started following him around with their little packets of cocaine.
Thank you again for the podcast, and I'll try to get a letter written and sent before your Thanksgiving disruptions get into full swing.