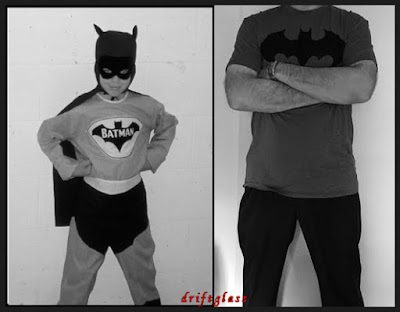 Me on the left fifty years ago & me on the right today.

Between a very recently busted toilet, various family issues and some birthday stuff, I will be taking it easy today, which turns out is not a problem, because Dr. Paul Krugman of The New York Times has obligingly written my post for me.

Both Ross Douthat and David Brooks have now weighed in on the state of conservative intellectuals; both deserve credit for taking a critical look at their team.

But — of course there’s a but — I’d argue that they and others on the right still have huge blind spots. In fact, these blind spots are so huge as to make the critiques all but useless as a basis for reform. For if you ignore the true, deep roots of the conservative intellectual implosion, you’re never going to make a real start on reconstruction.

What are these blind spots? First, belief in a golden age that never existed. Second, a simply weird refusal to acknowledge the huge role played by money and monetary incentives promoting bad ideas.

On the first point: We’re supposed to think back nostalgically to the era when serious conservative intellectuals like Irving Kristol tried to understand the world, rather than treating everything as a political exercise in which ideas were just there to help their team win.

But it was never like that. Don’t take my word for it; take the word of Irving Kristol himself, in his book “Neoconservatism: The Autobiography of an Idea.” Kristol explained his embrace of supply-side economics in the 1970s: “I was not certain of its economic merits but quickly saw its political possibilities.” This justified a “cavalier attitude toward the budget deficit and other monetary or financial problems”, because “political effectiveness was the priority, not the accounting deficiencies of government.”
...

Thanks, KThug!  Couldn't have said it better myself :-)

Maybe there will be an assay of the Sunday Gasbagger later, or maybe not.  At the moment, pounding my head against that particular wall seems to be doing much less damage to the wall than to my head, but maybe that's just stress talking.

Happy birthday, Drifty. Slainte. (Despite the last name I am half Oyrish.)

Well, the GOP 2012 Autopsy is now officially buried once again, before they could even dust it off. No need for any painful self-examination! Trump nearly won, thanks to Comey who has conveniently pointed the way forward for a GOP faced with a painful dilemma - you know. The unquiet zombie the GOP has been tiptoeing past whispering "Shhhhh! Don't want to wake him, or he'll eat all our brains", is now fully awake and slurping their brains with gusto.

The problem they can't deal with is: "what do we do about the fact that we have 40 million bigots in our party, and America is rapidly becoming a non-white majority country and currently non-whites make up 40% of the population?" Yeah, THAT problem.

But, thanks to the ever helpful Director Comey they will hold onto the House and possibly the Senate, where there are ever so many wonderful things they can do:

1. Investigate Hillary.
2. Launch more investigations of Hillary.
3. Subpoena a lot.
4. Impeach Hillary on some charge that is in some ancient language only Republicans can read or understand.
5. Scream with rage that the Senate fails to convict Hillary, but gloat with glee that at least this has dragged down her favorables and that she's sure to be a 1 term President now.
6. Nothing. There is nothing else they will do over the next 4 years. Not budgets, not anything the government needs to do. None of it will get done. It's Hillary Hunting 365 days a year. No bag limit on charges. No time for any other issues. And then, "once more unto the breach dear morons!" in 2020, when surely their purity of heart and refusal to compromise will yield their just reward!

I hope things went well with the plumbing.

In a circuitous way I came across a couple of essays that I think would interest you and your readers.

Second, in an essay in the New York Times Sunday Review, Susan Faludi provides what I found to be a compelling explication of the implacable hatred of Hillary Clinton:

I hope you have a happy celebration and many happy returns of the day.

"Me on the left fifty years ago & me on the right today."

Good gods. You've become a conservative?! Sir, wait until AFTER you've voted to have a midlife crisis!

The Herald-Mail always runs Leonard Pitts on Mondays and usually on Thursdays as well. I hope they run that column tomorrow. Some of our local golem letterhacks (Terry Weddle, Shawn Moore, Richard Giovanoni) will privatim et seriatim put forth porcupines. Breech presentation.

Happy Birthday, from a fan who shares said birthday.

I had to wait until I informed you, Drift, on this Samhain, that you were born one day after me. I usually don't like to tut-tut the young whipper-snappers like this, but, happy belated birthday, kid. While you were mewing in whatever Chicago hellhole of a hospital, I was already slurping at home on the mother's milk of political discourse.

This was a difficult time for both of us. But at least I was in California, and not some state that refuses to pronounce its "s". Now you must deal with the morning after. Myself, I had a day over you and nursed my hangover, and am ready for the little tykes come tonight.

Update: the Herald-Mail did in fact run that Pitts column. I'm ready to start writing a pre-emptive reply to all the butthurt that will emanate from the various cabbages I mentioned in my previous comment.

Many happy returns ... if you're into that sort of thing.

Well, if you look at the deep essentials of both—saving the planet one day at a time---you haven't changed a bit!