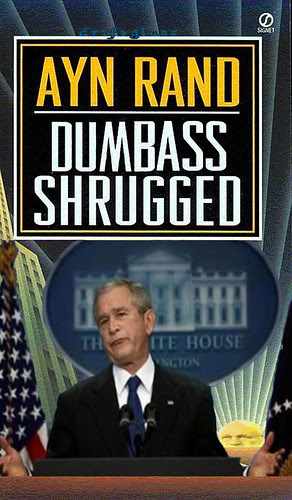 Now that the GOP has exceeded the Wingnut Schwarzschild Radius and begun imploding so hard that even the Beltway press has noticed, the inevitable redaction and revision of years of inconvenient Beltway wingnut coddling begun. Brad DeLong has gathered a long and lovely Twitter exchange here in which Mr. DeLong and Eric Bohlert just pistol-whip the daylights out of a WaPo flak who is frantically trying to pretend that WaPo had been all over the breakdown of the Right all along.

You should go definitely check it out.

But from Brad's longer piece I wanted to embed this particular selection from blog-favorite Norman Ornstein because it is so, well, delicious:

Waiting by the phone for all the calls from reporters who brushed off our book, saying both parties are just the same. So far? None
— Norman Ornstein (@NormOrnstein) October 8, 2015


However, before you go popping any corks, if you had any notion that mere overwhelming reality would cause the Beltway to abandon its highly lucrative cult of Both Siderism,


(The Both Siderist happy-horseshit starts at around the 4:30 mark and super h/t to Heather at Crooks & Liars.)

WTF is Tweety Bird cawing about? "The Center cannot hold?" "The left?" He's about as credible as Baghdad Bob in 2003.

How about, "The Right went off the deep end, without any help from the Democrats," you asshole?

Re: The Schwarzschild Radius.

A very apt metaphor. I remember reading a book on cosmology years ago wherein it was pointed out that when passing through the event horizon of a sufficiently massive black hole, one might not even notice, as it lay so very far from the singularity itself.

The net result is the same as with a stellar black hole, of course; none may escape. The cogent variable is the matter of how long it takes to be ripped apart and crushed.

Some of us (including yourself, of course, DG, I have no doubt) felt this country slip through the event horizon in 2001. Some people are just starting to wake up to the gravitational tidal forces. Hopefully, it will be enough to escape the pull.

It's a wonder to behold just how much of an asshole Chris Matthews is...I cringe with embarrassment every time he declares himself to be a liberal.

Now that MSNBC is purging left wing talkers again, we are left with this bellowing gas bag.

When Keith had is tribe on board Matthews sounded like the drunk uncle at the MSNBC election coverage gatherings.

for the Beltway media to continue convincing itself the Democrats are in as much disarray and disaster as the modern Republicans is self-denial at its most delusional.

The importance of their narrative, that it never derail over pesky things as facts and reality, must continue. Their six-figure salaries depend on it.

He didn't mention "Unknown knowns". Those are things everyone knows about but won't admit to knowing. The "elephant in the room" if you will.

A big salary is no excuse for avoiding the responsibility these folks have to society. That they do avoid it shows what cowards they are.

@New_Damage: I like your metaphor too but for myself I felt us slipping through that horizon back in 1994 with the Rethugs' odious Contract on America. The net effect is still the same though.

Tweety is an everlasting embarrassment to every ex Peace Corps volunteer like myself. An incoherent screech hawk on most issues is his substitute for coherent thought.

As I said on Krugman's blog - Who are these disruptive left-wing Democrats who are willing to shut down the government? Please name them and their agendas. Those are the questions that need to be posed to people like Chris Matthews over and over again.