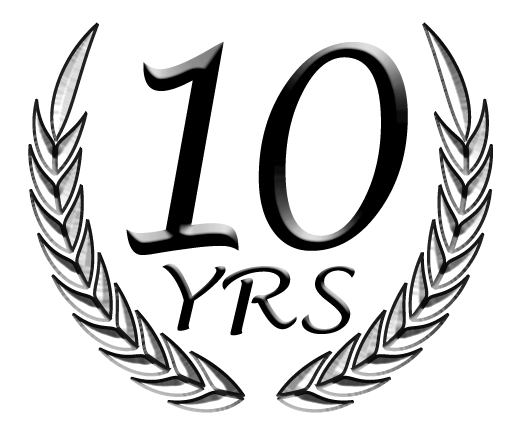 The 10th blogiversary fundraiser continues with the Teabagger Backlash year of 2010.

Once the Beltway announced to the world that it was going out of business as an enterprise of journalism -- that discussion of the past and of truth and falsity were now officially off-limits -- Conservative madness, rage and bigotry metastasized at a phenomenal rate and the distance between the public positions of Serious Conservatives and the batshit ravings of Crazy Uncle Liberty's emails became effectively zero.

The gargoyles had finally taken the cathedral, Conservative ratfucking was now a recognized State Religion of Jesusland ("Don Segretti 4.0: A Teabagger Nation")  and nowhere was the now-legitimized mainstreaming of untreated Conservative lies and seditious sewage more readily and profitably apparent that at Andrew Breitbart's Mausoleum Of Unemployable Pissants (h/t Brother Charlie Pierce).


People of the Lie 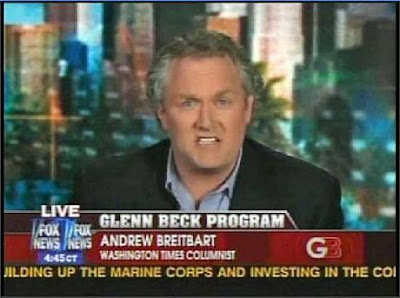 "[Narcissists]...project their own evil onto the world. They never think of themselves as evil, on the other hand, they consequently see much evil in others."

It will come as no surprise to anyone who has paid any attention whatsoever to the Conservative Movement for the last 30 years that the Breitbart BigGovernmentMiscreant site has quickly rallied itself to respond to the glaringly indisputable fact that its owner is a lying shitbag.

I hope you weren't waiting for an apology...


From JournoList to Shirley Sherrod: The Left’s Default Response Is Fascism

Since I don't link to sites run by liars and frauds, if you want any more of Nolte's scintillating defense of his meal-ticket, you'll have to Google it yourself. Suffice it to say, you'll probably want to have a Kevlar sick bag on hand.

I post it here today (along a few of the comments it generated) to underscore a larger, sadder and much more important point: sooner or later, Liberals as a Movement must come to terms with the fact that people like Breitbart -- who operate with a free hand and a blank check at the very heart of the Conservative Movement -- are not simply crazy or misguided or possessed of a strange but equally sincere ideology, but genuinely evil.

And the reason we keep banging our heads when trying to cope with evil is that evil renders our entire Liberal toolbox worse than useless.

Evil doesn't care about policy or governance. At. All. Which is why we are so often reduced to a spluttering "But don't they realize...?" incomprehension when the Right stomps on the throat of the weak and defenseless...again. While smiling...again

Evil doesn't give a shit about fair play or reason or causality or the niceties of democracy.

When faced with positive proof that what it is doing will harm others, Evil says "Go piss up a rope, hippie."


"Evil deeds do not make an evil person. Otherwise we would all be evil. If evil people cannot be defined by the illegality of their deeds or the magnitude of their sins, then how are we to define them? The answer is by the consistency of their sins. While usually subtle, their destructiveness is remarkably consistent. This is because those who have "crossed over the line" are characterized by their absolute refusal to tolerate the sense of their own sinfulness."

Instead of a conscience, evil has vanity, megalomania, greed and an all-encompassing fear that they will be found out and ridiculed for being the wretched, little scuttlefish that they are.

They live in terror that someone might see the sorry state of their mingy soul, which is why they band together for protection under the banner of an ideology which glorifies cruelty and heartlessness, and why they reserve their most furious hellfire for kindest of people.

This is why they hate Shirley Sherrod -- a woman they did not even know existed a week ago -- with such hysterical, berserk fury, why they eagerly swallow every ACORN lie that churns out of the Breitbart/Beck/Limbaugh Paranoid Conspiracy Factory and beg for more: to Evil, those who advocate publicly on behalf of kindness, justice and compassion, and who -- by lesson and language -- implore their fellow citizens to assay their souls in a clear and Christian light are the sources of scalding pain.

Every act of decency rubs Evils' nose in the horror of its polluted existence, and every public gesture of confession and humanity threatens extinction. Faced with these threats, Evil has no recourse but attack!attack!attack!

To illustrate my point, I have mined a few, representative examples from the Breitbart Commenteriate and arranged them in no particular order on the Left.

I have arranged a few quotes from M. Scott Peck's "People of the Lie" on the Right.


Rebas_Thgil...
How about we keep Breittbart's websites alive
and well, as surely Shirley Sherrod's charade is
the thing that does not advance this country.

+++++++++++++++++++++++++++
"Think of the psychic energy required for the
continued maintenance of the pretense so
characteristic of 'the evil'! They perhaps direct
at least as much energy into their devious rationalizations
and destructive compensations as the
healthies do into loving behavior.

Why? What possesses them, drives them?
Basically, it is fear.

They are terrified that the pretense will break down
and they will be exposed to the world and to themselves."

doawkins...
Mark Levin says she is an idiot.
Sherrod is nasty.
...
She is racist and seems to deserve trouble.
My own company handbook wouldn't allow
her to trash talk at the NAACP and get
by with it. It creates a hostile enviironment.


+++++++++++++++++++++++++++
"A predominant characteristic of the behavior
that I call evil is scapegoating.
Because in their hearts they consider themselves
above reproach, they must lash out at anyone
who does reproach them.
They sacrifice others
to preserve their self-image of perfection."

There is a name for people like this, it is Fascist.
...

"Utterly dedicated to preserving their self-image of perfection, they are unceasingly engaged in the effort to maintain the appearance of moral purity.
...
While they lack any motivation to be good,they intensely desire to appear good. Their goodness is all on a level of pretense. It is in effect a lie. Actually the lie is designed not so much to deceive others as to deceive themselves.We lie only when we are attempting to cover up something we know to be illicit. At one and the same time 'the evil' are aware of their evil and desperately trying to avoid the awareness. We become evil by attempting to hide from ourselves. The wickedness of 'the evil' is not committed directly, but indirectly as a part of this cover-up process. Evil originates not in the absence of guilt but in the effort to escape it."


There is little point in engaging people like this directly. They are a cultural dead-loss who live 24/7 in a madhouse furnished floor-to-ceiling by Hate Media tropes and venom, and with whom we no longer even share a common vocabulary.

However, to the fake Centrists like David Fucking Brooks and Equivocators like Anderson Cooper who automatically flee and cower behind the Big Lie of "Both sides do it" every time another bigoted, psychotic wind blows inconveniently in from the Right I would ask when exactly are we scheduled to finally arrive at the Magic Reasonable Centerpoint between us and these people that will satisfy you?

How much further Right must sane people tack and how much more of what is good about America must we surrender to these scum in the name of the mindless, capitulating "compromise" that you sanctify?

To Conservative Revisionists like Andrew Sullivan I would ask, just how far back into the history of your beloved Conservative Movement do people like me need to fucking hand-walk you before it will start to sink in that the core of the Right has always been like this? That it was designed from the start to manufacture people like this?

And to my fellow travelers on the Left who despair at the realization that our homegrown enemies of democracy do not respond to reason and right, I would remind them that we have access to an inexhaustible stockpile of the one weapon against which they have always been powerless:

"The Devil, the proud spirit, cannot endure to be mocked."

Or, in the modern parlance...