All The Lies That Are His Life: Part II -- UPDATE 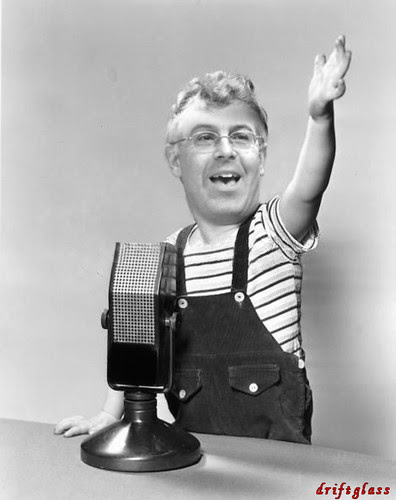 I would like to do something I almost never do on this blog.

I am very sorry to inflict David Brooks on you twice in one day (and three time in one week), but a little bird told me that some hardy soul finally had the balls to ask American Conservatism's (non-Dixie synod) Most Relentless Moral Hector about, y'know, his own life.

And my oh my.  (I have added a little emphasis because this, ladies and gentlemen, is a full-service blog):

Brian Lamb
Well, let me ask you about a personal thing, because, as I was doing research for this, I kept running into the stories, "Is David Brooks divorced or not?" Gawker did a piece on you, critical, because you've talked about divorce. So, I'm going to ask you now, are you divorced or not?

00:40:50
Brian Lamb
Why do you- what had you written about? You had written that you were against divorce.

00:40:55
David Brooks
No, I don't think I'd written against divorce. I'd certainly written pro marriage, and I do believe in marriage, and mine didn't work out, and I desperately want to get married again to somebody...

I am, at last, out of words and will need to recharge my adjective collectors before putting fingers to keyboard for awhile.

What I can say is this.  If Mr. Brooks' stunningly Ganser syndrome* response to a direct question about his own writing sounds eerily familiar and you're wondering where the Hell you heard it before, I would direct your attention back to October of 2010.  To this video I shot of Mr. Brooks at Elmhurst College's storied Hammerschmidt Memorial Chapel ("All The Lies That Are His Life") where he gave a keynote address on the works of the late American theologian Reinhold Niebuhr and the meaning his teachings in modern life.

Everything was going great.

And then, during the Q and A, some nice lady asked him about all the shitty things he had written about the people who opposed the Iraq War...


...an extremely rare variation of dissociative disorder. It is a reaction to extreme stress and the patient thereby suffers from approximation or giving absurd answers to simple questions. The syndrome can sometimes be diagnosed as merely malingering, but it is more often defined as dissociative disorder.

And what's the punchline to this story?   To every David Brooks story?

Re: apology for inflicting Mr. Brooks on the readership: No sweat. You do it so we don't have to. Having twice exposed my poor eyes and brain to that bozo's idea of thought (twice was all I could take) plus the time he spoke at the Commonwealth Club, which got aired on local radio, I think you are being kind.

(He wants to be married. May the only woman who'll have him be Ann Coulter. Or Phyllis Schlafly.)

Maybe that woman who walked up to him at a party and told him how much she hated him bothers him more than he will admit...

I desperately want to get married again to somebody... [my bold].

Wow, just wow. Leroy, boy is that you? Gee, DFB, choose wisely. We certainly wouldn't want to see something like this happen.

"Desperately"? Sounds like Brooks is an ideal candidate for "The Bachelorette". Do you think Chuckles Todd would play matchmaker for him and MoDo?

Bravo, Driftglass! You unwound the layers of insulation off the brand that is DFB and exposed the fraud that is his intellectual core.

Not that I'd wish him on any woman but does Brooks plan on marrying a struggling single mom so as to lift her and her kids out of poverty?

If I were a poor woman, I would rather starve to death than "open my kimono" to David Brooks.

Not to ruffle any feathers, but why are you all assuming that Young Mr. Brooks is limiting himself to women?

Stunning video, DG, thanks for reposting it. The Mozart works very well. I also didn't remember the bit about how he thought we should invade Iraq because some of the neighboring countries were economically and culturally stagnant. That's what you mean by Ganser syndrome, huh?

I'm so glad I got the divorce news from you instead of some stranger. (Actually I got it from Redhand, but he got it from you so same difference.)

Incidentally in the SXSW gig, was he the Dung Beetle? Just asking.