If you happened to be visiting my fair state today and are unfamiliar with  local custom, then I should explain heard that the pious callbacks to the Emancipation Proclamation and quotes from Lincoln you heard wafting outta the state house this afternoon --

“The occasion is piled high with difficulty, and we must rise with the occasion… We must think anew and act anew.”

-- means it's time to settle in and watch Governor Hedgefund try to put the hammer to the widows and orphans of Illinois in a speech that was certainly piled high with something.

Yes, in case you were still wondering, Governor Hedgefund is indeed as serious as a heart attack.

Which he plans  to cut!

Because according those who have gotten a peek at the budget plan he submitted today, services for all citizens of Illinois except for the independently wealthy would to be immediately and radically amputated to fit the Koch Brothers' vision of government as a weak, compliant vassal of corporate power.

Widows and orphans?  You each get one "Fuck" and one "You" so don't spend them all in once place.

Higher education?  Cut by a third.  A third.  Do the math.  And do it quick before Governor Hedgefund cuts it from the curriculum.

Also you should start planning to to find some alternatives to using roads.  And bridges.  And trains. And Paratransit.  Just stick to your private jet and you'll be fine.

It goes on like this.  On and on and on.  But you would never know it from the governor's speech, in which none of this was mentioned.  In fact the letters "c-u-t" only occur four times in the entire speech

"Along with this modest cutback, our turnaround reforms will reduce unfunded mandates, and give local governments and voters the tools to save hundreds of millions of dollars through consolidation, employment flexibility and compensation restructuring."

(Because shit rolls downhill, moochers, and now I'm King of the Mountain!)

"...waste and inefficiency can be cut from the complex web that comprises our public transportation structure."

(Ah, my old friends waste, fraud 'n abuse.  Is there nothing you guys can't do!)

"For years, state support for education has been cut, even when it didn’t have to be."

"We've got to freeze property taxes, cut the red tape inside state and local government, and let people control their own economic destinies."

Also you would never know if your kid's after school program or mother's meds had been wished into the cornfield from reading the budget briefing books, because according to statehouse elves, in defiance of tradition  no such documents were provided to the departments which were affected or to the legislators.

Or, to quote Harry the Horse from Guys and Dolls, "But Big Jule cannot win if he plays with honest dice!"

And so, with no facts with which to formulate coherent questions, department's whose budget may or may not be nuked out of existence were able to ask little more that "When will we get some answers?" and were given nothing but "No" and "We'll hafta get back to you on that" by Governor Hedgefund's minions (the full speech and commentary is available here.)

And speaking of minions...don't you kinda wonder where did this roadmap for the Kansasization of Illinois come from?

Well wonder no more!  Because, citizen, it came from exactly the sort of place that you would make up if you were a really terrible writer.  Working on an impossible deadline.   And you had to come up with some kind of cartoon Villain of the Week who gets paid a small fortune by, oh, say, SMERSH, to go around kicking disabled children in the teeth.

Brought in on a $30,000/month no-bid consulting contract at the exact moment you are preaching the virtues of slashing state workers for being overpaid...

And make her an acolyte and business partner of -- no kidding -- discredited Reaganomics quack, Arthur Laffer...

Who has spent the last decade flitting from one wingnut-statehouse to the next, dreaming up new ways of herding the poor and working class onto ice floes and shoving them out to sea.

When Gov. Bruce Rauner set out to craft the budget he'll propose Wednesday, he turned to a $30,000-a-month consultant with a history of helping Republican governors and a devotion to the supply-side economic theories popularized by Ronald Reagan.

From Michigan to New York, Florida and California, Donna Arduin knows how it goes when a new governor sweeps into a statehouse with ambitious plans for doing away with red ink. In states with friendly legislatures and healthy economies, Arduin found success. But when politics and economics were less cooperative, her efforts fell flat.
...

Arduin declined an interview through Rauner spokesman Lance Trover, who would not say why the governor had selected Arduin, how she came to the administration's attention or how her fee was determined. In purchasing paperwork, the Rauner administration said Arduin's firm won the no-bid contract because of her record doing similar work in other states.

"The parties conducted arm's-length negotiations as to price and conditions," the form said.

Arduin is among the "superstars" Rauner pledged to hire to help him get the job done. He has said he's willing to "take arrows" to get Illinois out of the red. The new governor's Wednesday budget address will shed light on how he and his consultant plan to navigate the political and financial obstacles in Springfield.

Until now, Rauner has said he would favor broadening the sales tax and wants to lower property taxes and boost funding for education.

"We can't just cut our way out of our problems," the governor said at an event last week. "Purely cutting alone without structural pro-growth reform won't get us there."

That pro-growth mantra is familiar territory for the governor's consultant. Arduin and Arthur Laffer — the economist known for the theory behind Reaganomics that tax revenues can be boosted by tax rate cuts — are partners in a consulting firm that promotes reliance on consumption taxes over income and property taxes, which they argue stunt growth.

Arduin has had her own tax troubles, which she resolved just days before Rauner announced her as his new CFO. In October 2013, the IRS filed a tax lien against Arduin, saying she owed nearly $166,000 in income taxes.

While Arduin declined to answer questions about the matter, Rauner spokesman Trover said the lien came about because Arduin had borrowed from her retirement savings to buy a piece of property and wasn't able to get a bank loan in time to repay the money within the time frame allowed by the IRS.
...

While Arduin was working for Pataki, the state enacted tax cuts, reduced the number of employees and had a run of budget surpluses. But those successes came at a time when tax revenues were booming from a bull market. Pataki was criticized for not preparing for tougher times ahead, and after a recession hit in 2001, Albany again faced major budget problems.

Arduin was long gone by then. She had moved on to Florida to work for then-Republican Gov. Jeb Bush. He had the advantage of working with a Republican legislature that bristled at times at what they saw as a heavy-handed approach but largely went along with his agenda. He cut property taxes by $1 billion and business taxes by $600 million, according to the Cato Institute, a libertarian think tank in Washington, D.C., which gave him an "A" rating in 2002. ...
...

Full disclosure:  this budget, if passed in anything like its current form, will kill or cripple critically important programs that I care deeply about.  And the aftershocks from it will very likely eliminate one of the part-time jobs onto which I am hanging by my fingernails.

But I find that I can't really work up that much cranky at Governor Hedgefund himself.

After all,  had enough voters bothered to read anything, or bestir their mouse-clicky fingers long enough to Google north to Wisconsin or west to Kansas they would have seen exactly what a Rauner administration was going to look like.

So this is what the voters and non-voters of Illinois wanted.

And now, this is what they'll get. 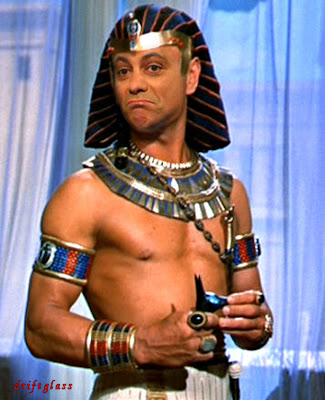 as long as it screws the teacher's union.)

At worst, four years of Brownbacking with no dinner first or flowers after.

One additional and only tangentially-related note.

While many of you are familiar with some of Illinois' more infamous ex-governors -- included two who were elected back-to-back and who both ended up serving sentences at the House of Many Doors at the same time -- you may not be familiar with indicted-but-acquitted Illinois governor Len Small (R).

He was governor from 1921 to 1929, was brought up on charges of corruption, acquitted, and subsequently gave eight of the jurors who let him off the hook jobs with the state.  His story is amazing, for a lot of reasons, including the that that one of his defense lawyers -- a former governor named Joseph W. Fifer -- tried to get Small off during the pre-trial hearing by asserting that governors enjoy the same divine rights as kings and therefor...

From the Chicago Tribune:

...
Small, a Kankakee farmer, former state senator and two-time former state treasurer, was elected governor in 1920. Just seven months after taking office, he was indicted on charges of embezzling millions of dollars while treasurer. The scheme went like this: He allegedly deposited the state's money in a fictional bank, lent it out at almost 8 percent interest, paid the state less than 2 percent interest and pocketed the difference.

On Saturday, June 24, 1922, after a five-week trial that detailed the complicated financial shenanigans, a jury deliberated barely 90 minutes before it acquitted him of all charges. Questions of jury tampering arose even before the jury was impaneled.

Three people, a juror and two mob heavies, were indicted on charges of tampering with the Small jury. All three were acquitted, also without putting on a defense. The jury in that case deliberated for just an hour. Two other mobsters went to jail for six months after refusing to testify before a grand jury. Small pardoned them.

Over the next few years, eight of the jurors who acquitted Small ended up with state jobs. Other people associated with the case also landed on public payrolls, including the presiding judge's brothers.

Still, in 1924, Small was re-elected, despite a Tribune editorial declaring him the "worst governor the state ever had."
...