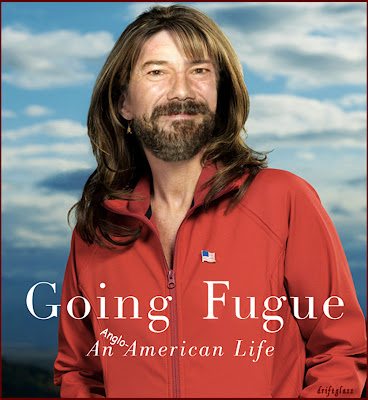 The Harvard-educated-skolliwolled* Andrew Sullivan still does not understand how his adopted country works (emphasis added):

I know that my reader and I were legal immigrants trying to find our way through a maze of prejudice and prohibition; but I’ll never forget the radical insecurity of building a life knowing that it can always at any time be taken away from you. For parents of children legally in the US, the experience is unimaginable to me. Deferring the deportation of these parents is a basic act of compassion. And if the Republicans unleash rage over it, and still refuse to provide any legal remedy, their insensitivity will resonate for decades to come.

In 1994, the Limbaugh/Gingrich GOP swept to power and wrecked everything they touched.

In 2004, the Limbaugh/Bush GOP swept to re-election with a 60 million vote majority and proceeded to continue to destroy everything it touched.

In 2014, the Limbaugh/Cruz/Walker/Ernst GOP swept to power and are gearing up for two years of witch-hunts, government shutdowns, vastly more sabotage-from-the-inside, impeachment and, generally, killing everything they touch by making the 1994 Limbaugh/Gingrich GOP look like the Algonquin round table.

In between Republican power surges, Democrats limp back into power where we are largely limited by the catastrophes all around us to grabbing a mop to clean up the last disaster the GOP  left in its wake!  And, invariably, before we have barely begun binding up the latest wounds the Crazy Party has inflicted on this country, the Crazy Party gets very busy sugaring the gas tank and cutting the brake lines of the cleanup crew in every way their brain trust of hostage takers and arsonists can dream up.

And the idea that in that country -- a country which can't remember which Party builds jobs, expands opportunities and provided health care...and which Party blows up the economy, savages the middle class and wants to take health care away -- the idea that anything the GOP does anymore ever "resonates" longer than ten minutes anywhere outside of the despised and ignored precincts of the Liberal blogosphere is ludicrous.

So, Mr. Sullivan, you came to my country -- about which you clearly knew fuck all -- burning to save us from the blight of horrid little Liberals like me by helping to advance the cause of Genuine Reaganite Murrican Conservatism?

You're soaking in it.

Meanwhile, it hilarious to see that only now is Mr. Sullivan sloooowly beginning to notice that his fellow leading lights of Conservative Public Intellectualizin' tend to upholster their grotesque ideas with big, soft, pillowy cushions of lying (emphasis added):

There’s no evidence that any president, up to and including Barack Obama earlier in his tenure, ever thought that it would be proper to grant legal status to several million illegal immigrants unilaterally.

I agree with him that Obama should press the GOP (yet again) to pass comprehensive immigration reform rather than issue a mass deferral of deportation. But we should also be able to agree on some facts. And that sentence misleads – just as Ross’ latest column misrepresents the truth. Obama is not able to grant legal status to millions by himself. At best, he can grant temporary legal status by deferring deportation. But such a status would expire with his presidency. As for no precedent, granting 5 million immigrants a deferral of deportation is more expansive than 1.5 million under Reagan and the first Bush. But again, if we’re talking about mass deferrals of deportation in the millions, there sure is a precedent. And it was set by that icon of conservatism, Ronald Reagan, in an era when large swathes of the right actually believed in open borders.

Because who could have predicted that the author of "The Party of Death: The Democrats, the Media, the Courts, and the Disregard for Human Life" might not be above advancing his career as a Big Wingnut Thinker by just making shit up about us vile, life-hatin', baby-killing' Democrats?

Which Mr. Sullivan seemed perfectly capable of momentarily grasping all the way back in 2006 when he wrote this review of Mr. Ponnuru's bilious trash which read in part:

...
To call half the country "a party of death" and to assign that label to one's partisan political opponents is not, whatever else it is, an invitation to dialogue. It's demagoguic abuse. It's worthy of Ann Coulter (who, tellingly, has a blurb on the cover). It is one thing to argue that you are pro-life, to use the positive aspects of language to persuade. It is another to assert that people who differ from you are somehow "pro-death," (especially when they may merely be differing with you on the moral status of a zygote or the intricacies of end-of-life care). To smear an entire political party, and equate only one party with something as fundamental as life, is a new low in the descent of intellectual conservatism from Russell Kirk to Sean Hannity.

Does any this mean Mr. Sullivan will stop sending internet gravy to his friends Ross and Ramesh?

In fact, it only underscores my point that it does not matter how horribly Conservatives behave, because nothing ever sticks,  Nothing ever "resonates".  At worst, per The Gingrich Rules, they go into the penalty box for 30 days, after which their records are expunged and they are restored their former positions, shriven, with perks and benefits fully intact.

Because there is still a Club.

And you are still not in it.

And thus it shall be until the end of days.

A quibble: Sullivan went to Harvard to become schooled, not educated. It shows in his composition, as the man never learned to write.

If we were soaking in Reaganism we would have had amnesty. You forget history when it doesn't help you.

"For parents of children legally in the US, the experience is unimaginable to me."

What the hell kind of sentence is this? Harvard???

Umm, it is not economically reasonable for Mr. Sullivan (or any columnist) to be truthful.

The poor guy needs his house and car just as much as the next guy. Your constant pointing and complaining only serves to shine a light on his hypocrisy, and he'd really like you to cut it out.

Or, he would, if anyone in his circle had ever even HEARD of you or any other similar truthful blogger.

Sure, the GOP tried to destroy the country in October of 2013 as a political stunt, averted only at the 11th hour by the relatively sane members of their ranks, so the country only sustained a mere $24 billion in damages. You'd think in a more sane country, they'd be run out of power, forever discredited by such reckless brinkmanship and treated as pariahs by the media.

But sheesh that was a WHOLE YEAR ago. It's not like voters and pundits are supposed to look back through the mists of time into such long-forgotten ancient history. In America, we look forward, not back.

So the GOP can feel free to shut down the government again and profoundly damage the country in the process because the next election is a whole two years away. Anything they do now will be long forgotten by then.

Fasten your seatbelts. The next two years will be a terrifying ride.