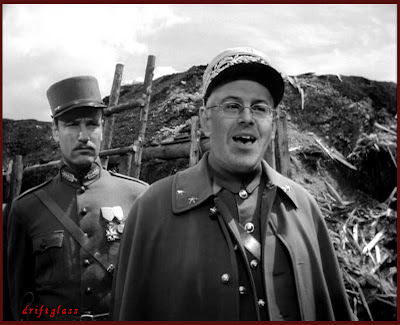 First, a short course on the meaning of Strategic Forgettery from me back in 2011:

The most formidable weapon the despised Liberal has in his or her arsenal is Memory: the unwillingness to go quietly into that good night of Strategic Forgettery upon which the Right's dominance and the media's shallow cravenness completely depend. It is a theme that you may have noticed dancing around between the lines of this blog fairly often, and one of the small blessings of the blogosphere -- that when some mentally underclocking twat in a tri-corner hat rears up on his hind legs and start raving about, say, deficits, anyone with a decent memory (and a willingness to futilely engage with these political CHUDs one more time) can actually dig the past out the past in high-res detail, and ask, if [Insert any issue in the fucking Universe here]is so singularly fucking important, where the fuck were you during the eight, long years during which Bush was making [Insert any issue in the fucking Universe here] infinitely worse.

And now, America's most famous unreconstructed Neoconservative, Mr. David Brook, from May 2, 2014 on a national teevee show, laying down the same double helping of bullshit -- Strategic Forgettery and Both Siderism -- which he had already shared with millions of Americans via the many, large platforms our mainstream media keeps giving him (emphasis added):

I do think there’s a fraying of the international order. We have an order that the nation are basically sacred. National borders, you don’t invade them. We have an order that there’s free trade, free movement of people. There are sort of procedures that you organize international affairs about. And we have sort of taken that for granted in the post-war world and post-Cold War world.
...

And has been Obama derelict about that? I would say, in some ways, he’s been non-effective. He let the red lines cross in Syria. He hasn’t imposed serious sanctions on Putin. But it’s a much broader problem. The Republicans have definitely not helped by refusing to ratify any treaty, including some of the IMF stuff. They have let the fabric go.

And then the American public wants to withdraw, wants to pull inside. So, the U.S. is playing a less assertive role. And that fabric of procedures is fraying. And that’s really bad.

Because in the quotidian thoughts of Bush-cheerleading, Iraq War chickenhawks like David Brooks, the entire Bush Administration and the bloody shambles they made out of everything they touched has simply ceased to exist.

To his credit, Mark Shields actually pushed back a little on Mr. Brooks grotesquely puerile armchair generalship, albeit in that icky, genteel, PBS-manner in a situation which called for, at the bare minimum, a sharp elbow to the throat.


You saw the president’s traditional and classic cool pierced. He was upset, I think, and I think with some legitimacy, Judy. The fact is that we’re operating in a reality of the last decade of this country, in the sense that the majority of Americans believing that we were deceived and misled into war in Iraq, that whatever one calls our experiences in Afghanistan and Iraq, they will not be seen as successes.

I give the president credit, quite frankly, because he’s dealing in — not only in this situation, but the sanctions that David talks about are being opposed openly by many American companies right now, I mean, Caterpillar and at others. Boeing is terrified — they have got 100 plane contracts — that Airbus could move in into Russia and take that, if, in fact, you didn’t have a coalition with all the European countries moving at the same time.

And while Mr. Brooks was forced to grudgingly admit that there is something of a "hangover" from the catastrophically failed war he so energetically touted,  he waved away any notion that the monstrous moral, financial and human toll which Operation Endless Clusterfuck took on this country (but not, of course, on any of its sponsors in the press) should in affect how we think about any Future Glorious Wars which may tickle Mr. Brooks' rapidly re-emerging "National Greatness" erogenous zones.
at May 03, 2014

I do think there’s a fraying of the international order. We have an order that the nation are [sic] basically sacred. National borders, you don’t invade them.

Jesus H. Kee-rice-st. After cheer-leading for a preventative war-of-choice against Iraq, he has the chutzpah to say this? But, of course I'm not really surprised. "Forget it Jake, it's Chinatown, er PBS."

The fact that PBS has this lightweight, hypocritical douchebag on the Snoozehour week after week after week etc. etc. is one of the main reasons I stopped watching it long ago. Brooks is a key contributor to the death of news and ideas in our establishment news organizations.

Serious is a word that when it comes out of a right-wing pundit's mealy mouth I want to stuff it back in along with my fist and whatever blunt instruments are handy.

Bill "Great Society" Moyers serves up a steaming hot pile of Both Siderism (or is it worse than Bushhhhism). Strange how only the lunatic rantings of a Brit Hume or a Laura Ingraham get addressed by the blog host when there are many more articulate and on point Both Sides criticisms that keep oozing down our cracks.

After all It takes an Obama to dismantle...

Oh dear, Digby the Crazy Cat Lady is at it again over at the David "I, the Big Cheese in my county political machine, have blog!" Atkins blog:

But it behooves everyone to keep their heads. If there is one thing 9/11 should have taught us it's that there are many people with different motives looking for an opening. And there are even more who react like a bunch of screaming five year olds in a haunted house at the first sign of danger. This leads to bad results.

Too bad she didn't think of that before losing it over the lurid claims that the NSA was going to drone murder us all to death. National Pot & Kettle Week comes early this year.

While I agree that "strategic forgettery" and "both siderism" are ridiculous propaganda weapons, this particular case is a most unfortunately bad illustration.

«I do think there’s a fraying of the international order. We have an order that the nation are basically sacred. National borders, you don’t invade them.»

Because Clinton and NATO never ordered anything like that, and anyhow he never really was a Democrat....

Both siderism does happen, because on the core values such as neoliberal warmongery there is only one side with a fairly narrow spread of opinion.