Dan Carter, professor of history at Emory University in Atlanta (from Wiki):


"George Wallace laid the foundation for the dominance of the Republican Party in American society through the manipulation of racial and social issues in the 1960s and 1970s. He was the master teacher, and Richard Nixon and the Republican leadership that followed were his students."

In the early 1970s, at the time that both David Frum and I were hitting puberty, Richard Nixon had already taken up George Wallace's tool box to set in motion the revolution that transformed the GOP from the Party of Lincoln to the Party of Jefferson Davis.

In the early 1980s as Ronald Reagan was strapping an Atlas rocket booster to Nixon's Southern Strategy and I was out scuffling around for work and picking up a semester of community college here and there when I could afford it, David Frum was using the contacts he made at Yale to move from a life of privilege in Canada to a life of privilege within the American conservative brain caste (from Mark Oppenheimer's article, "The Prodigal Frum":


...
Raised a cosseted Canadian prince, Frum became, in his early 20s, a wide-eyed convert to American exceptionalism. “I’m a Hamiltonian, and I always have been,” Frum says. “I believe in an American-led world order. I believe in the strength and power of America. It rests on economic and industrial power. And the evidence is strong that free markets generate more economic and industrial power than other systems.”

In Mr. Oppenheimer's vivid description of of Mr. Frum's career since shaking hands with the devil --


David Frum has been cuddled as lovingly in the ample bosom of the great Republican establishment—and derived as much nourishment from its plump teats—as any other man in the last thirty years. The Canadian immigrant, who turned 52 in June, has been a Wall Street Journal editorial writer, an editor at Forbes, a fellow at the Manhattan Institute, a speechwriter for George W. Bush—Frum helped write the “axis of evil” line—and a fellow at the American Enterprise Institute. The last of those jobs, the AEI fellowship, paid him $100,000 a year, and it did not actually require any work.

-- the astute reader will undoubtedly recognize the spoor of the lucrative "wingnut welfare" gravy train which so many other professional, public Conservatives -- from David Brooks and Andrew Sullivan to Dana Loesch and Ann Coulter -- have ridden to fame and fortune.

Over the years and in a variety of professions I have worked ridiculously long hours with many, deeply committed people on a wide array of projects and causes and at no time did any of us ever make close to what AEI -- one of American Conservatism's shrines to the Randite ideal of rugged capitalist individualists locked in mortal combat with lazy moochers and Commie parasites --  paid the pampered and privileged Mr. Frum for doing nothing but lend his name to their despicable cause.

Mr. Frum happily sopped it all up with a biscuit and asked for seconds right up until the day came when he wrote a single, naughty blog post: --


...he got himself fired from AEI, in all likelihood for writing a blog post arguing that, in their stubborn refusal to negotiate, Republicans missed a chance to pull the Obama administration’s healthcare legislation in a more market-friendly direction.

“The ‘Waterloo’ threatened by GOP Sen. Jim DeMint last year regarding Obama and health care has finally arrived all right,” Frum wrote at the end of the post, which ran on March 22, 2010. “Only it turns out to be our own.” Over the next week, the right turned against him for good: he was attacked in an editorial run by his old employer, the Wall Street Journal, and AEI fired him.
...

--  and his sugar daddy cut off his allowance.

Let's pull off at a rest stop for a moment to stretch our Liberal legs and take a wild fucking guess about what happened next to Mr. David Frum -- a man who has been wrong about everything his entire professional life and whose entire resume consists of nothing but being a perfect stooge for loathsome people and their depraved agendas.

To aid our inquiry, let's apply a basic workplace test to Mr. Frum's situation by asking about what would happen in any comparable professional to any comparable person who trailed behind them such a string of spectacular fuck-ups and failures.   What if Mr. Frum were, say, a civil engineer whose every bridge fell down and every dam collapsed?   What if Mr. Frum  were a shipwright whose boats all burst into flames and sank on contact with water?  What if Mr. Frum were a automobile manufacturer whose cars exploded and killed everything in a ten mile radius the minute someone tried to start the engine?

And to take it a step further, what if, as Mr. Frum was leaving a bright, mile-wide trail of FAIL in his wake, there was this other group of people who had been right about everything Mr. Frum had been wrong about.  Whose bridges didn't fall down and whose cars didn't go "Boom!"  And that rather than just being a complete fuck-up in his own right, Mr. Frum had built a significant part of his resume going out of his way to mock and excoriate this other group -- this Liberal group -- who had been right all along?

I think we all know where this is going....

Step 1: Nothing. No real pain.  No real consequences and as such, no atonement and no contrition. Mr. Frum's appearances on CNN and MSNBC continue apace.  His book deals proceed uninterrupted.  His writing and speaking engagements go on.  This is because Mr. Frum is in The Club and as such, no matter how spectacularly and publicly he shits the bed, 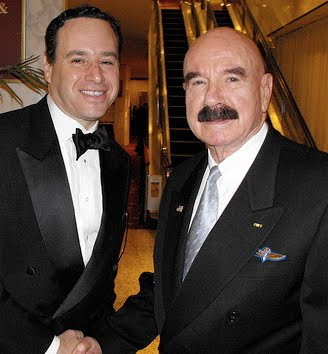 
He is a featured writer for The Daily Beast and Newsweek, which he joined after a brief stint as the founder of FrumForum.com (formerly NewMajority.com), a political group blog, and serves on the board of directors of the Republican Jewish Coalition.

Step 2: Mr. Frum scuttles as fast as his little legs will carry him into the same spider hole where all failed Conservatives go.  Centrism, Bitches!

Step 3 (and my favorite):  Without a hint of irony -- without the slightest nod in the direction of the still-despised Liberals you who have been right all along -- bleat on and on about your martyrdom and how perceptive insights became...the minute Daddy slapped the wingnut welfare dick out of your mouth:


Ten years from now, Frum says, “when every conservative in Washington says the things I said, they will still blame me for saying them. And furthermore, they will always begin saying them with the phrase, ‘Look, I have no regard for David Frum. I’m no David Frum.’”

Step 4a:  Fuck you, I'm not apologizing for anything!


I'm a conservative Republican, have been all my adult life. I volunteered for the Reagan campaign in 1980. I've attended every Republican convention since 1988. I was president of the Federalist Society chapter at my law school, worked on the editorial page of The Wall Street Journal and wrote speeches for President Bush—not the "Read My Lips" Bush, the "Axis of Evil" Bush. I served on the Giuliani campaign in 2008 and voted for John McCain in November. I supported the Iraq War and (although I feel kind of silly about it in retrospect) the impeachment of Bill Clinton. I could go on, but you get the idea.

Frum has not become a liberal. When I asked him whom he planned to vote for this fall, Frum—who was granted joint American citizenship in 2007—seemed almost offended by the question. “I’m going to vote for Romney,” he assured me, and perhaps himself.

Step 5:  Get yourself granted flawed-hero-status by the Beltway's favorite Apostate Conservative:


It almost makes me want to pull a Spartacus. I AM David Frum. Except I'm not. He's still a neocon.

Until the marketplace starts visiting harsh professional retribution on people like Mr. Frum, the reign of Conservative thugs and their Centrist enablers will never end.
at July 29, 2012

Email ThisBlogThis!Share to TwitterShare to FacebookShare to Pinterest
Labels: Frum

What is stunning is that Frum proudly lists stupid things he supported without recognizing them as mistakes. Sure, he feels "silly" about the Clinton impeachment, but this isn't a confession. The clear implication is that Frum would have written or said all those stupid things for free, or at least tor a lot less money.

"What if Mr. Frum were a automobile manufacturer whose cars exploded and killed everything in a ten mile radius the minute someone tried to start the engine?"

This is why I come here, because not even Krugman goes all the way in telling it like it is. Conservatism is not an odometer rolling backwards or an engine that doesn't work. It's a destructive force that devastates the country in a completely incomprehensible way, as not even evil people desire the outcome it brings.

So we are importing "Upper Class Twit of the Year" winners from England (Andy) and Canada (Frum), thus raising their collective I.Q.'s and diminishing ours. We will have to send George Will to England and Brooks to Canada or the whole U.C.T.Y. exchange rate may collapse. We could throw in a few village idiots (..say Beck, Limbaugh and Palin) to stabilize the market in the short term....or Mitt could have just stayed in London.