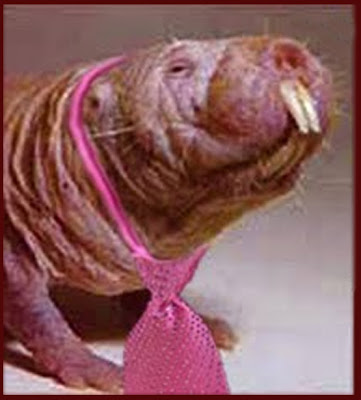 My friend and fellow Conservative, David Frum, has written an important column about the state of our political discourse which appeared in the New York Magazine and which has been praised for its nuanced seriousness and perspicacity in certain quarters, and derided as false Conservatism in others.

When Did the GOP Lose Touch With Reality?

Some liberals suspect that the conservative changes of mind since 2008 are opportunistic and cynical. It’s true that cynicism is never entirely absent from politics: I won’t soon forget the lupine smile that played about the lips of the leader of one prominent conservative institution as he told me, “Our donors truly think the apocalypse has arrived.” Yet conscious cynicism is much rarer than you might suppose. Few of us have the self-knowledge and emotional discipline to say one thing while meaning another. If we say something often enough, we come to believe it. We don’t usually delude others until after we have first deluded ourselves. Some of the smartest and most sophisticated people I know—canny investors, erudite authors—sincerely and passionately believe that President Barack Obama has gone far beyond conventional American liberalism and is willfully and relentlessly driving the United States down the road to socialism. No counterevidence will dissuade them from this belief: not record-high corporate profits, not almost 500,000 job losses in the public sector, not the lowest tax rates since the Truman administration. It is not easy to fit this belief alongside the equally strongly held belief that the president is a pitiful, bumbling amateur, dazed and overwhelmed by a job too big for him—and yet that is done too.

Of course, some of Mr. Frum’s points are a little “out there” (such as when he suggests that the Right began going off the rails in 2008 when most noted theologians and small business groups knows that it was late 2007) but his criticism deserves serious consideration by serious people if only because, as every serious thinker understands, when one simultaneously engenders the opprobrium of the two extremes of Left and Right that are conspiring to drown out America’s great Sensible Centrist majority, you are probably on to something that is both serious and important.

Many well-respected economists and international meta-thinkers believe that while the Right has much to offer to the country, its methods have become too poisoned by the “Anything goes” mentality of the radical 60s Leftist movements. And so, just like the Penn State Child Rape Cult, robbed of their solid moral foundations by Birkenstock-shod Noam Chomsky-types, these basically good Americans fell into bad habits.

Powerful D.C. politicians and political insiders tell me every day that they yearn to do the right thing for America. They feel ever more constrained by the extremes on both sides, both in the “streets” and in the media, where every day radical shouters on Fox and MSNBC prove that the loudest and most unreasonable voices will always win the shouting war, leaving patient and serious thinkers like David Frum on the verge quitting. Over and over again:

If Mitt Romney emerges as the ultimate nominee, I’ll place my hope that the Romney who enters the Oval Office will be the innovative, solutions-oriented Romney 1.0 — and not the placate-every-GOP-interest-group Romney 3.0 we’ve seen on the 2011 campaign trail.

Any other nominee would gravely test my commitment to the political party I’ve supported since I entered the United States as a college student in the fall of 1978.

Well, Art is Art, isn't it? Still, on the other hand, water is water. And east is east and west is west and if you take cranberries and stew them like applesauce they taste much more like prunes than rhubarb does. Now you tell me what you know.

David Frum joins a growing, elite consensus who recognize in Mitt Romney a kindred spirit in a predicament very similar to their own: a serious person who is forced by a fluke of history to contend in a ridiculous game with ridiculous rules and loutish fellow competitors.

And because they can see in Romney a reflection of their own situation – constantly beset by ambitious yahoos as they try to hang on to their spot among the cultural elite – they have very sensibly decided to put aside their objections to the imperfections of Mitt Romney the Candidate and focus aspirationally on the what a Romney Administration would look like.

They are taking soundings of all the important questions:
And so far they like what they see.
at November 28, 2011

David Frum has blood on his hands, and it's a little late, and more than a little precious, for him to just now realize that the GOP is batshit.

Worse, Frum doesn't have the decency, long after the fact, to bemoan the damned spot and wail for the perfumes and petrodollars of Arabia.

Or even to say Whoops!

By Godfrey, that Gravid Crooks should be writing for the New York Times.

Extra credit for the Hackenbush quote, it is important to know what the real experts think.

Sweet Jesus, that was painful to read! Though, "Gravid Crooks" is a sweet pen name.

Oh Gravid, you and I both know that Mr. Frum has been a little 'out there' for a long, long, long time, even as it pertains to a land far, far, far away.....

______
And again, with all snark-off, we Canuckistanians (the Reverend Paperboy, above, included) apologize profusely for our two worst exports ever; the second, of course, being Nickelback.

"Either he's dead or my watch has stopped."

Thanks for taking on this Frum column. It is the only way I would read any part of it otherwise. As Lex notes, Frum (and the rest of them) have the blood of too many Americans on their hands to be worthy of my click traffic.

This, however, truly struck my fancy:
And because they can see in Romney a reflection of their own situation – constantly beset by ambitious yahoos as they try to hang on to their spot among the cultural elite – they have very sensibly decided to put aside their objections to the imperfections of Mitt Romney the Candidate and focus aspirationally on the what a Romney Administration would look like.

Sounds like it is the GOP's turn to project everything they think they stand for onto a blank screen, no? Has not the past few years of BHO shown the dangers of such projection for those who are truly committed to their cause? I don't know how it will eventually play out, but, I am not so sure the Pig People, having seen the disillusionment of the progressives' projection onto their 2008 "blank screen," might be just smart enough to say "no way Willard, we KNOW what you are, and you are not one of us."

As for those in the GOP "club" (which includes only enough Pig People representation to claim a big tent), they are "all in" on Willard precisely for the reason you highlight above. These folks still think they run the asylum and that their inmates remain chained to the walls. Even as they cower behind the locked doors keeping their zombies out!

It is almost entertaining if it was not for the fact that the stakes for all of us are so great.

BTW, meant to add that I really enjoyed the last podcast - and especially Eric's letter that you read!!!

Keep up the great work!

Do we need the "Child Rape Cult" line in there at all? There are a lot of good liberals out here in State College (a little blue island in the sea of red between Philly and Pittsburgh) being painted with your very broad brush. It is very likely that a man named Sandusky raped children, and almost a certainty that several people in power knew the allegations and tried to cover them up to protect the football program. But a university "rape cult"? Seriously? A gratuitous smear that detracts from your otherwise fine post. We read you out here, Drifty.