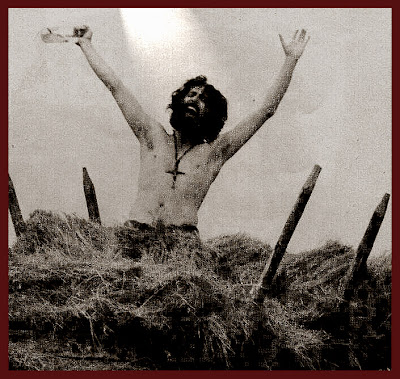 (here is a short sampling from two day's worth of offerings from Mr. Sullivan's "Chait and Tackle Shop"

Chait defends them as...

Chait catches a beaut from...

Chait shoots an arrow through...)


cannot seem to stop himself from plunging face-first into his own deadfall.

Note how he gets this first bit right:

The Two Crises And The Triumph Of Magical Thinking

Obama has repeatedly endorsed proposals to reduce the long-term deficit via revenue-enhancing tax reform and spending cuts. Republicans oppose these plans. What else should Obama do? Should he agree to cut the deficit by $4 trillion entirely through spending reductions? Find some previously-unused method to persuade Republicans to alter their most sacred principle? Nobody says.


Then doooown he goes (see if you can spot the moment he achieves terminal velocity):

This is one way in which conservative journalism is actually far more sophisticated than mainstream news journalism. Conservative pundits, while usually slanting their account in highly partisan and often misleading terms, do a fairly good job of grasping and explaining the fact that the two parties fundamentally disagree on the causes of and solutions to the economic crisis and the long-term deficit. In this sense, a Rush Limbaugh listener may well be better informed about the causes of the impasse than listener of NPR or other mainstream organs. The former will have in his mind a wildly slanted version of the basic political landscape, while the latter's head will be filled with magical thinking.


It appears that Mr. Chait, like so many of his caste -- like the very Moustache of Understanding 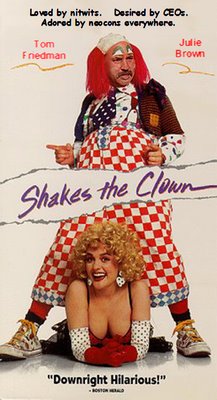 he lightly chides -- is so wedded to the Sour Tit of Fake Centrism that he literally can no longer perceive of a reality outside of its goodthinkful parameters.

Nowhere -- not even in the poorest, most distant punditting exurbs of Mr. Chait's imagination -- does one find any evidence of that large, loud, vituperative, foul-mouthed band of Liberal observers and commentators who have been largely right about all of this all along.

Like mournful lectures on the complete absence of non-lethal beverage choices -- "Battery acid or liquid Drano?" --delivered while standing smack in front of a successful local brewery, the degree to which "serious" pubic intellectuals are now routinely lobotomizing themselves into not seeing the inconvenient realities that are right in front of them feels like it is approaching some kind of supersaturation* point.

Email ThisBlogThis!Share to TwitterShare to FacebookShare to Pinterest
Labels: Centerville

And I was hoping he'd been reborn as Jerry Garcia.

But, yes, we are saturated.

And just hoping that someone pulls the plug and they go down, down, down the drain.

Progressives are ready to take over and put in place policies that will get this country moving again and reclaim our civilization.

May I suggest, Super Saturated,respectfully

What a pantsload of useless typing there.

Conservative pundits, while usually slanting their account in highly partisan and often misleading terms, do a fairly good job of grasping and explaining the fact that the two parties fundamentally disagree on the causes of and solutions to the economic crisis and the long-term deficit.

So he's saying that conservative pundits are effective liars, but they do a good job at explaining how much they hate the other side they are defaming and lying about. Explaining that both sides "disagree" is not some marvellous feat of "sophisticated" conservative punditry there. It's something obvious to a retarded ocelot.

And how is a Limbaugh listener "better informed" after you've already admitted he's a slanted liar, Mr. Chait? No, this is horrible incoherent writing and journalistic malpractice. I mean Chait - we all now what the likes of Limbaugh are. It's almost like Chait admires what successful liars they are. Because they..illustrate how both sides disagree? I mean, really? No one was clear on that?

Is the picture at the top of this post from the 1970's movie "Nicholas and Alexandra". I remember a scene where Rasputin (played by Tom Baker, the "fourth Doctor",) takes time out on his journeys for some fun with a peasant lass in a haystack.

Good grief, is it really so hard to strive for factual accuracy and also recognize that the Republican Party is so radical, reckless, obstructionist, corrupt and nihilistic that progress is extremely difficult? The first part, honoring that standard, kinda leads to the second part, the conclusion about the political landscape.

Chait is a mixed bag. Normally, he writes quite well on economic matters, including wealth inequity, and wrote a very good piece eviscerating Ayn Rand a couple of years back. I occasionally quote/link him because of that (one in the hopper, actually). On the other hand, he was an Iraq War cheerleader, and wrote some shamefully disingenuous things while defending himself and his pals and attacking his critics. He slipped back into that mode on Libya. So perhaps that leaves him the typical New Republic, centrist, establishment Dem – supporting the social safety net to some degree, but frequently in favor of bombing foreign lands. Hippie-punching comes naturally to his crowd; or in this case, the play is to pretend that those correct-once-again hippies don't exist at all... and that they haven't been skewering Friedman or criticizing NPR for well on a decade.

The passage you highlight here is utter and unmitigated bullshit (and some of Chait's commenters hit him for it, too). He's trying to be "provocative." Without detracting from your main point, I have to stick up for NPR a bit here. While I'm critical of its failings (mainly its timidity), it is an actual news organization, and much better than the propaganda outlet that is Fox News. Chait ignores these dynamics. To continue being foul-mouthed: Fox News and Limbaugh lie all the fucking time about factual matters. Their habit of doing that is extremely well-documented. The polite, reasonable NPR crowd tries to be accurate, even if they do so in an "objective and neutral" flavor that obscures the right's radicalism. But their listeners are often quite aware of that, and their starting point from the media they imbibe isn't pure bullshit. Some of this crowd does have a naïve kumbaya attitude, and that is a major impediment to progress. However, the bigger problem is conservative insanity. Conservatives' goals are reckless, and they believe things that are not factually true, because their leaders deliberately lie to them about every major issue under the sun. Where's the equivalence? Chait would have us believe that a Fox/Limbaugh listener who believes Obama is a far-left socialist Kenyan who hates America and wants to put him in a concentration camp is better informed that an NPR listener who hears Steve Inskeep politely press (but not eviscerate) Mitch McConnell on his latest bullshit. Yes, there is a battle going on, and Limbaugh's listeners are well aware of it because they're the ones picking the fight. They're not listening to Limbaugh's extended edition of the Two-Minute Hate for a deeper understanding of policy or ways to find common ground. The centrist kumbaya crowd needs to make a critical judgment and pick a side, but their failings are very different. And it's hardly surprising that a neutral news organization wouldn't serve the same Get Out the Vote aims as a hyper-partisan propaganda factory. (Meanwhile, as you point out, there's a whole throng of commentators who have consistently called the situation accurately.)

To pick on one of those links, trying to claim that "corporations are so too people" is a pedantic debater's point at best. One of Chait's commenters nailed it:

He was deliberately obscuring the difference between the wealthy and regular workers. Chait, you've shoveled a pile today.