And One Day, Perhaps They Shall Write 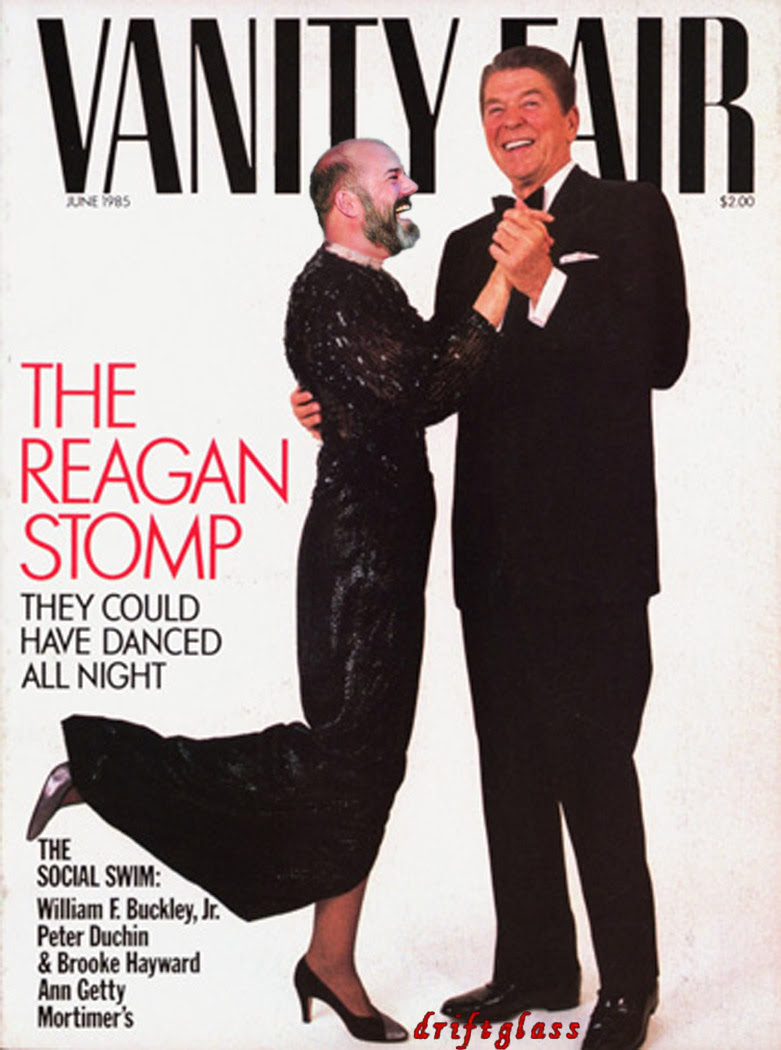 Reluctant as I am to pound the same nail twice in a row, I am nonetheless powerless to resist the bounty of hilariously un-self-aware obliviousness that has been baked into the following from Andrew Sullivan:

More and more sane conservatives are beginning to see what Mitch Daniels, David Frum, Conor Friedersdorf and Heather Mac Donald are on about. But this time, it's a popular talk show host, Michael Medved in the WSJ. Money quote:
...

Though they're late in coming, the whispers of complaint against Limbaugh and his ilk are getting louder on the right. Movement writers remain unwilling to condemn him. But the days when his superiors in respectability at places like The Claremont Institute were willing to honor him are far behind.
...

Giving anything remotely resembling credit to this vanguard of Bold Conservative Thought Leaders for daring to say mildly unkind thing about Rush Fucking Limbaugh...in this Year of Our Lord Two Thousand and Fucking Eleven...is right up there with loudly touting your friend's financial acumen when he advises you to sink all your dough into Pets.com and Flooz...in 2011...because this whole internet thing is gonna be fucking huge!

One can only marvel at the complete moral and intellectual decomposition of a Movement whose only consistent through-line during my entire adult life has been that Liberals are Commie-symp, terrorist-loving enemies of all things good and virtuous who hate American and who ain't never been right about nuthin'...

...now signaling to itself that the new, fashionable height of Advanced Conservative Cutting-Edge Social Criticism is to grudgingly and through clenched fangs start to catch up to where Liberals were 20 years ago.

Without, of course, ever acknowledging that there is a large, loud, well-informed contingent of Americans called "Liberals" who did not spend the last few decades getting every fucking thing completely wrong.

Sullivan knows the terrible secret of his Movement perfectly well: that nuclear pile which has powered Modern Conservatism since its inception has always been that witchbag of racism, paranoia, xenophobia, jaw-dropping stupidity and Fundamentalism that is currently manifesting itself as Limbaughism, and Palinism, and Beckism (From "Reactionary" by me in 2006 here:)

...
Individually, these samples of Enlightenment’s backwash make a persuasive argument that the good of our common humanity would be better served if the hatecults that fester in the wounds of our Democracy were gathered together for an All Ratfuckers Tribal Council at the Trinity Site and spontaneously Raptured into the stratosphere in a single, thermonuclear flash.

Collectively, they are the Modern GOP, and by putting every last species of botched American citizenship and knuckledragging bigot in harness together under one whip, the Republican Party has clawed its way to power.
...

Conversely, without their vast, ignorant and carefully-cultivated Base hating who they are told to hate at the tops of their lungs, and voting their rage in the way the right-wing industrialists who bankroll the Movement want them to...the Right would dry up tomorrow and blow away.

And Mr. Sullivan knows it, and has known it for a long, long, long time.

There is nothing new in the story of a Monster built by a short-sighted fool which eventually rises up, snaps its chains, attacks its creator and runs amok across the land: it is as old as the Golem and King Kong and Mary Shelley's "New Prometheus".

What is still a little bit amazing is that these "sane conservatives" -- who are (only now that it is far, far, far too late) slooooowly beginning to take notice of what was obvious to the average Liberal a generation ago -- are still being allowed to handle sharp objects, operate motor vehicles and get paid for sharing their infantile opinions with the world.

All the "money quotes" it takes to pave hell won't shave one thin dime from Rush's income - & that's all that matters to him. He said a long long time ago that he could care less if you love him or hate him - just so long as you KEEP TUNING IN, because that makes his sponsors very happy campers.

Translation: the sycophantic grovelling will continue until their courage improves.

Great article DG. It's pissfully bilefully annoying that only the Republicans themselves can probably effectively shut down the far right asshats. Liberals of course couldn't possibly have the gravitas as implied by the mainstream media to direct the voice of conventional wisdom about the right wing fuck nuts.

Unfortunately, it's going to take Glenn or Rush being very publically arrested for having either a dead hooker or a live boy in their bed before anything happens to their audience numbers. Hell, Rush got close to that when busted with someone else's Viagr@ scrip when coming back from a noted central American adolescent hooker haven, and it had zero effect on his populatiry. Beck will probably have a psychotic meltdown on air, but that will only increase his street cred with his hatecult followers.

The "civilized" rethugs may now be tittering about what sort of beasts they have allowed into the country club, but there isn't a damned thing they can do about it; they just aren't smart enough yet to recognize it. So, a dead hooker or live boy is what its going to take, and even then, a steely core of hatecult followers will never, ever give up on these guys; the mind poison is that strong. And it fucking sucks.

So said StringonaStick: "they just aren't smart enough yet to recognize it"

That is because they have spent money and time destroying education, poisoning trust in science, poisoning trust in reason, and absorbing the religious right so that they could add the fungus to their base that makes everything... every damn thing... faith based. (For every single issue, stalwart and unwavering faith in The Narrative is a complete and total replacement for information and thought.) They are not smart enough because they poison their own children's minds.

The very phrase "sane conservatives" is an oxymoron (or in TeaTard speak, "an oxy-moran").