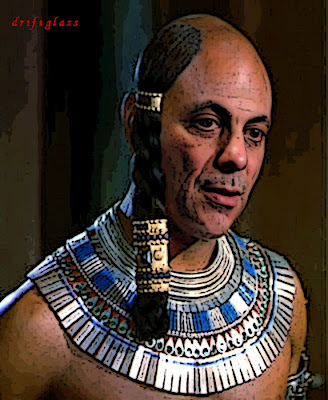 The Toll of Job Stress:

Fuck! How did I end up lookin' like Alan Fuckin' Arkin?

Background: The path to getting and keeping the Big Job on the 5th Floor of City Hall has changed forever.

If Da Mare could still hand out bales of cash like Halloween candy to everyone who vexed him, trust me, none of this would be happening:

he would have stayed on another term or two, and then named an heir. Period.

But the money did run out. At City Hall they saw it coming years ago, and once the Olympics went South (literally and figuratively), they knew nothing could save them.

Like a banana republic dictator with the rebels at the city gates, rather than sacrificing his own standing and legacy and using the last of his considerable power to make some of the terribly hard choices that would save the City, Hizzoner has instead opted to prop up his Administration by spending down in one year virtually all the money he got from pawning Chicago's irreplaceable municipal assets; money that was supposed to last for most of the 21st Century.

Mayor Daley's plan to postpone Chicago's financial day of reckoning — by balancing his final budget with another raid on parking meter reserves and other one-time revenues — sailed through the City Council Wednesday amid warnings that a mid-year crisis could explode on the next mayor's watch.

"The over-reliance on one-time revenues and draining of the reserve fund puts the city in a very precarious position. I don't know that the budget approved Wednesday will make it through the entire year without the city having to revisit both its revenue assumptions and its expenditure obligations."

After the 43-to-7 vote on his 2011 budget, Daley denied that he's holding the line on taxes, fines and fees by leaving a financial time bomb on his successor's chair.

"I believe we have protected the city in the future. … We have not kicked the can. We have not placed whoever the [next] mayor is in a difficult position," the mayor said.

Daley made no apologies for the raid that will leave just $76 million remaining from the 75-year, $1.15 billion deal that privatized Chicago parking meters.
...

And so, at long last, Daley's magic bag of tricks is empty, and our Maximum Mayor for Life

is taking a victory lap, blowing town and leaving the crushing headaches and painful choices for the next guy.

And because he is leaving, the fixed stars of the Chicago political firmament are crashing into each other and knives which would have been kept sheathed because Da Mare don't like nobody who rocks da boat are now all coming out even before the first debate is held.

Emanuel to face challenge on residency issue
MAYOR'S RACE | If his voting status changed to 'inactive,' can he run?
Comments

Next week, a veteran election lawyer plans to file a legal attempt to knock mayoral candidate Rahm Emanuel off the ballot for allegedly failing to meet the residency requirement to run for mayor.

The issue is whether, by leasing out his house when he moved his family to Washington, D.C., to be President Obama's chief of staff, Emanuel ran afoul of the Illinois Municipal Code, which requires mayoral candidates to be residents of the towns they run in for a year before Election Day. The only exception is for active-duty members of the military.

Emanuel's campaign presented its own election lawyer Wednesday to argue, as the campaign has for weeks, that this is a "political" rather than legal issue and that Emanuel is in no danger of being knocked off the ballot.

But a Sun-Times survey of the lawyers who make up Chicago's election bar found nearly half think Emanuel is vulnerable.

"The issue is not that he left town -- it's that he rented out the house," said Adam Lasker, who chairs the Chicago Bar Association's Election Law Committee and has no clients running for mayor
...

For the foreseeable future, the job of Mayor is going to be a brutal one and will take a big toll on whoever wins the election.

Which is as it must be: Chicago has earned the long, ugly hangover that is headed our way.

You know, at this point there are exactly two options for Rahm Emmanuel, 1) he's a genius playing a deep and subtle game 2) he's incredibly fucking dumb.

I'm sure the man is a gifted organizer, and I'm sure his interpersonal skills are top rate (if rather specialized), but quitting a job as cheif of staff at the white house in order to run for a job you may not legally be able to run for, and if you win, will instantly make you the face of some very painful decisions leaves two options for thought process.

Either he just didn't sweat the details and wants it for his own glorification, to hell with anything else (this is the damn dumb option).

Or he found the perfect pretext to bail on a presidency he helped to cripple without ever being in the slightest danger of actually having to try and govern post-Daley Chicago. He raises some money, gets some press, and goes to work at MSNBC or CNN, becoming a sweary George Stephanopoulos. Which would be some pretty deep game.