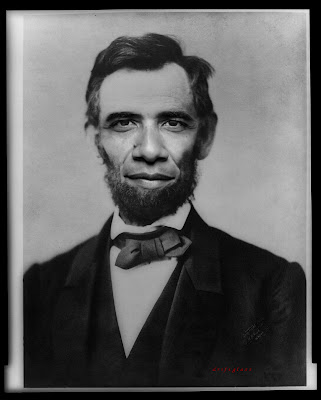 President Obama today hailed the shelling of Fort Sumter by the Confederate Army as a "new era in North/South cooperation & bipartisanship."

Visit msnbc.com for breaking news, world news, and news about the economy

In other Confederacy-related news (from the NYT):

Celebrating Secession Without the Slaves
By KATHARINE Q. SEELYE

ATLANTA — The Civil War, the most wrenching and bloody episode in American history, may not seem like much of a cause for celebration, especially in the South.

And yet, as the 150th anniversary of the four-year conflict gets under way, some groups in the old Confederacy are planning at least a certain amount of hoopla, chiefly around the glory days of secession, when 11 states declared their sovereignty under a banner of states’ rights and broke from the union.

The events include a “secession ball” in the former slave port of Charleston (“a joyous night of music, dancing, food and drink,” says the invitation), which will be replicated on a smaller scale in other cities. A parade is being planned in Montgomery, Ala., along with a mock swearing-in of Jefferson Davis as president of the Confederacy.
...

My belief that most of the problems that now hag-ride my country could have been avoided if William Tecumseh Sherman had had tactical nuclear weapons remains undiminished.

I'm half-expecting that at one of his upcoming (rare) News conferences, Obama will suddenly start peeling off his ... face & hair. Underneath: Regan!

Sherman did his best with the technology at hand.