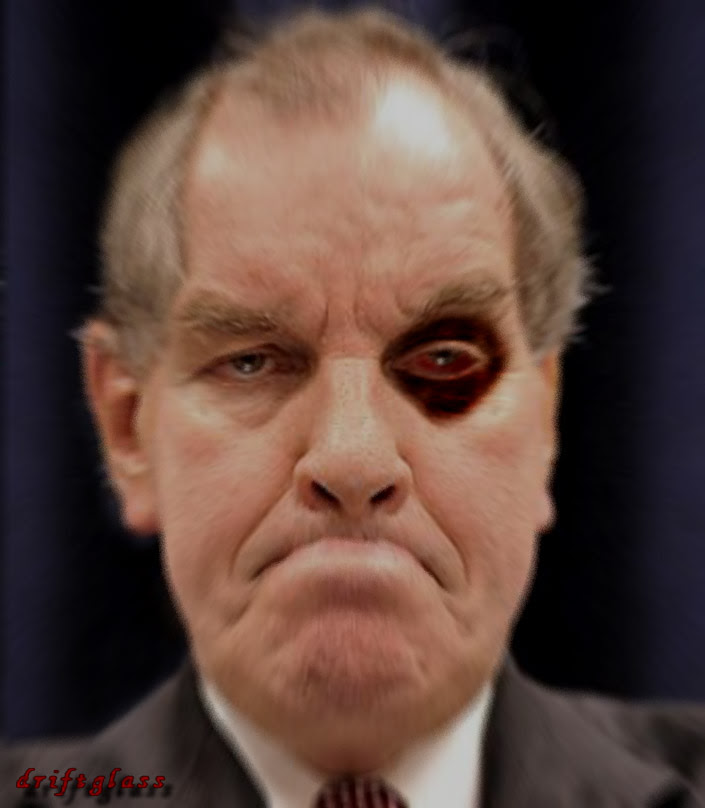 For not bullshitting you more effectively.

Tonight, at the Laughlin Falconer Elementary School, 3020 North Lamon Avenue, Hizzoner will be bringing his 2009 “Being Mare Means Never Having to Say You’re Sorry” road show to a close.

If you've never been to a public meeting where Da Mare or one of his goofs are having their political pipes rodded, let me tell you right off the bat, you should go. Over the years I’ve been to several, and it really is about as purely little-“d”-democratic an exercise as any big city could hope for: In front of Da Mare and the assembled heads of his every office and department, any citizen can step up to the microphone and “Cry Harold” (from this site, which helpfully saved me the trouble of transcribing this passage from Robert Heinlein’s “Starship Troopers”):

"Time was when any Terran sovereign held public court so that the lowliest might come before him without intermediary. Traces of this persisted long after kings became scarce - an Englishman could "Cry Harold!" (although none did) and the smarter city bosses still left their doors open to any gandy dancer of bindlestiff far into the twentieth century."

It is a tradition for which Da Mare rightfully deserves credit.

Now, if you are one of the many millions of citizens who cannot get over to Falconer tonight to thank Da Mare for whatever, or ask why your stop sign hasn’t been fixed, or step up to the plate with an armload of blueprints to pitch your plan for a space elevator/casino, or just to throw a righteous municipal fit, to the best of my humble abilities I will virtualize the experience for you and tell you exactly how things would go down if you went…

You will fill out a little card and eventually your name will be called along with 7-8 other citizens.

You will each be told you have two minutes to speak.

You will stand in line behind a nice old lady who will speak for 20 minutes about her block and how things used to be...a very large, sweaty person with personal hygiene issues in a faded Che tee-shirt from 1977 completely encrusted with ancient ribbons and “Lar Daly” buttons who will shout for 18 minutes about something or other...and group of very pissed off block club advocates.

Che-tee-shirt-guy will be the 25th least unhinged person there.

Da Mare will ask the nice old lady about her neighborhood. He might ask her about her parish priest, or recall that the athletic club down the street from her house is where his father used to box.

Da Mare might possibly crack a joke which is comprehensible only to himself and then laugh and repeat what he believes to be a “punch line” – “He he. An’ da Rio delegation dint even have no buttah. Hehehe. No buttah. Hehehe.” -- for many, many minutes.

At any moment Da Mare may discover some bizarrely tangential relationship between the subject the speaker wants to talk about -- say, the Sea of Tranquility-sized potholes that are eating their neighborhood -- and the subject Da Mare wants to talk about -- say, rooftop gardens. Hizzoner will then launch into a winding, passionate ramble about it, and about all dat he has tried as your Mare to do wit regards to innovative ideas like rooftop gardens...to stop da guns...an da property taxes...dis year it is a tax abatement...in da charter schools…wit da ‘Lympics….and da recession…which is why we leased dose parking meters…an I’d do it again!…for da great city dat we all love so much.

(As you stand there and watch some poor bastard get sucked under in one of Hizzoner's sudden, syntactical riptides, say a little prayer for them and thank your maker it wasn't you.)

If the subject has anything at all to do with roads – or even if it doesn’t -- Da Mare will want to know if the speaker is talking about “one a dem WPA roads”. Da Mare is obsessed with his WPA roads.

If the problem can be fixed with a dab of asphalt or a few yards of wrought iron fencing, you’ll probably get some action, but most likely Da Mare will either sit stone-faced, defer the matter to one of this Department heads, or tell you to talk to your alderman.

If you mention one of the magic keywords – schools, construction, jobs, gangs of armed weasels who are trying to steal your space elevator/casino plans, etc. – once you take your seat again, or storm dramatically out, one of the lower-order municipal life-forms will dart out to you quick like a bunny and give you a business card.

Use the business card; Odds are good that the person who gave it to you will actually try to get you an answer to your question, even if the answer is “No, sir, I promise you there are no plans at present to build space elevator/casinos in the City.”

Che-tee-shirt-guy will demand answers. He will insist that Steps Be Taken. None of that will happen.

The waiting will last a long while, and since almost everyone in the room is either a city worker forced to be there, an advocate focused on their issue, a cop, or some bored souls from local media (the teevee people will film the first 10 minutes and then leave), no one but the most theatrical or the most sincere will be remembered tomorrow.

Eventually your turn will come, so here are a few things you should know.

One, if you are planning a media stunt and you haven’t rehearsed the hell out of it and come with your own video people, it will probably fail. You will be in a hot room with acoustics like the inside of a giant, tin toilet bowl, and while your words will probably come clearly though the speakers, unless you have them properly miked and rehearsed, the antics of your supporters will come through as one, long, “Wauuuaghahah!!!”

Two, if you are planning on a public freakout, unless you want to be added to the “known ranters” list and either be treated as comic relief or deferred until after midnight, when you are dressing for the evening and trying to decide between a shirt and tie, and the too-small shorts, the triple-wide-suspenders and the faded, two-sizes-too-small-even-back-in-1977 Che-tee-shirt festooned with “Impeach Nixon”-era chest-salad…go with the fucking shirt and tie for God’s sake.

Three, whatever your issue and whether you arrive via car, bus or shopping cart, at least once in you sorry life you should get all dressed up in whatever you please, stand tall before the people whose salaries your taxes pay for and whose decisions affect your life in a thousand ways and tell ‘em exactly what is on your mind, whether it is “Thank You” or “Fuck You” and takes two minutes or 20.

Four, I already have a lock on the space elevator/casino franchise, so don’t even think about it.

Have you interviewed lately for college professor?

You've got my vote!

Thanks for all the inside info.

You rock (as usual).

You will each be told you have two minutes to speak.

You will stand in line behind a nice old lady who will speak for 20 minutes about her block and how things used to be...a very large, sweaty person with personal hygiene issues in a faded Che tee-shirt from 1977 completely encrusted with ancient ribbons and “Lar Daly” buttons who will shout for 18 minutes about something or other...and group of very pissed off block club advocates.

Che-tee-shirt-guy will be the 25th least unhinged person there.

Yeah, but I've got the franchise on space elevators with rotating casinos.

What are the limits on being incarcerated?