As time goes by.


If I had one belief in politics, it would be that the freedoms secured by the modern West are worth fighting for. Absolutely central to those freedoms is barring the executive branch from torturing people. No power is more fatal to freedom and the rule of law than torture. It is like Tolkien's ring: no society remains free, if its rulers use it. Its power is banned because it is a solvent to the rule of law, the establishment of truth, and the limits of government. For an administration to secretly and illegally unleash this weapon - against citizens and non-citizens alike - and to demand that it not be subsequently called to account, that it be allowed to get away with it under some absurd notion that it's too divisive to hold war criminals accountable for their crimes is and was an outrage. Punishing those responsible for war crimes is not "scapegoating". You know what scapegoating is? It's throwing Lynndie England in jail for following orders given by George W. Bush, while leaving him to the luxury of a Texan suburb.

The precedent of a torturing American president must be reversed. That means it cannot be allowed to stand.
...

Nothing to be disagreed with there, right? An honorable sentiment, clearly expressed.

Except for the key, core question that is always omitted from the protestations of outrage by our apostate Conservatives friends:


Where in the world did the Cheney Torture Administration ever get the idea that it was above the law to begin with?

For that matter, where did the millions and millions of supporters of the Cheney Torture Administration ever get the idea that it was perfectly OK -- perhaps even noble -- for a Republican President to arrogate monarchical powers to himself?

Do you think maybe it was from this guy... 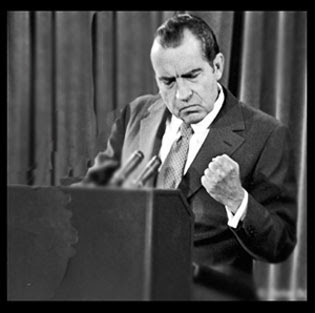 who saw his massive, filthy assault on the Constitution as “politics, pure and simple”? Who believed -- as millions of his Republican followers believed and still believe -- that the only problem with Watergate was that he didn’t burn the tapes?

Or do you think maybe the idea that the rule of law doesn’t apply to Republicans was primarily the legacy of these guys? 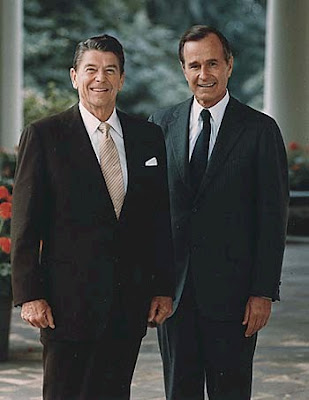 Those Heroes of Conservatism who, between them, sold weapons to terrorists, used the money from their illegal arms deals to fund an illegal war, and set the precedent for dealing with Republican traitors by issuing pardons for every fucking one of them:


…
But in a single stroke, Mr. Bush swept away one conviction, three guilty pleas and two pending cases, virtually decapitating what was left of Mr. Walsh's effort, which began in 1986. Mr. Bush's decision was announced by the White House in a printed statement after the President left for Camp David, where he will spend the Christmas holiday.

Mr. Walsh bitterly condemned the President's action, charging that "the Iran-contra cover-up, which has continued for more than six years, has now been completed."

Mr. Walsh directed his heaviest fire at Mr. Bush over the pardon of Mr. Weinberger, whose trial would have given the prosecutor a last chance to explore the role in the affair of senior Reagan officials, including Mr. Bush's actions as Vice President.
…

Or did the notion that the Constitution is merely a political weapon that Republicans only manage to remember when they’re periodically driven out of power -- which they only ever manage to love in high, apoplectic dudgeon when they figure an angle from which they can use it to smash their way back into power -- come from this guy? 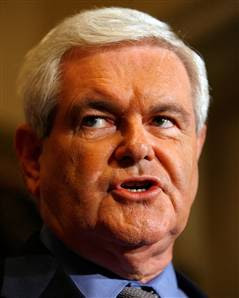 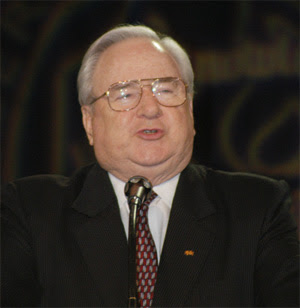 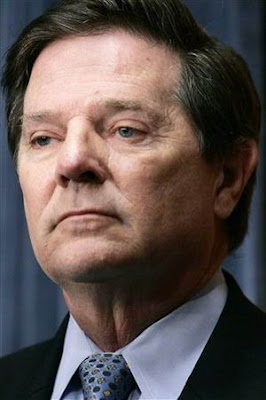 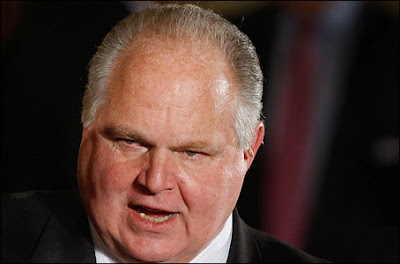 Or any of the hundreds of strutting, little demagogues who have always filled out the front benches of American Conservatism?

No, the simple truth of the matter is that Conservatism is not a movement. It is a social disease, and for most of his adult life Andy Sullivan has been one of its most enthusiastic carriers.

Sullivan lives with his mark of Wingnut Cain and maintains his career by taking shelter beneath the comforting bombast that the Cheney Torture Administration was the result of spontaneous generation. Was some kind of xenogenic accident of political birth. But of course that is a complete lie. The obscenity of the Cheney Torture Administration was not an anomaly, a sport or a freak but instead fell perfectly along an arc that American Conservatism has been following for decades.

The truth is that, the Cheney Torture Administration staged this latest bloody, Constitution-raping Republican rampage…

…shod in the shoes Conservatives like Sullivan spent decades cobbling together…

…on a foundation poured from the ideological concrete Conservatives like Sullivan provided.

That has always been the simple, unbearable truth at the heart of Conservatism that Conservatives like Sullivan will never bring themselves to face.

It's still the same, old story.

What The Minstrel Boy said...

Politics may make strange bedfellows, but the flocking together of such similar genetic mutants isn't the problem, it's the loyalty of the sheep who can be counted on to buy their authoritarian crap just by them draping a flag over it.

Raising gluttony and greed to virtues to be emulated was a cultivated government program.

In went Slot A into Slot B along with demonization of DFHs, the poor and the distrust of people who actually know their history.

The genetic tick that makes flesh sacks willing and wanting to be led about by the rawest nerves is a scientific marvel and mystery.

And to you also, Rehctaw.

…shod in the shoes Conservatives like Sullivan spent decades cobbling together…

…on a foundation poured from the ideological concrete Conservatives like Sullivan provided.Although "facing it?" They know exactly what they have wrought and will do again when given a millimeter of a chance.

Conservatism is a disease that can be acquired from one's parents, one's private schooling, etc. Treating this disease requires correcting the misperceptions that are inculcated through indoctrination.

In other words, face the real fucking world, dude. Don't imagine you are superior to others. We're all in this together, etc.

I hope Andrew Sullivan wakes up eventually and cleans up the rest of his mess. Torture is just the top of the iceberg, I mean.

Once again, you hit a homerun. They are some seriously evil bastards who do not care about how badly their actions damage this country. Sickening.

"The United States is committed to the worldwide elimination of torture and we are leading this fight by example". George W. Bush, 26th June 2003, and what was my country doing while this was happening?

Those that do not condemn yet profit from the actions of others are hypocrites’ and condone those actions. OK UK government?


i also wonder if there is even a believable chance that those who need to be punished actually will be. i must say that i am somewhat skeptical...

I hardly ever link you, because once I start I wouldn't stop.

But I linked you today.

your thoughts would be greatly appreciatedi admire and respect you and your opinions.

driftglass, one of the world's greatest word alchemists.

The authoritarians viewed the true crime of Watergate as getting caught. Iran-Contra was never really punished. And Cheney defended it at the time. These people will never stop voluntarily, and it's not as if the David Broders of the world will ever oppose them. Several liberal bloggers have been pointing out the same, but this lays out the monstrosity beautifully.

First, I want to say I am a registered Democrat and I walked precincts for Michael Dukakis when I was five years old. Perhaps my dad who also reads this blog can attest to that. I also a staffer for a few democrats while I was in college.

And, all the things you cited are my major criticisms of the Republican party and everything it has done since before I was born.

However, and maybe this is because I'm young and haven't been reading all the various pundits for so long ... I love Andrew Sullivan. Maybe its because I'm more of a centrist than an extreme leftist ... maybe my parents didn't do good enough job brain washing me. ;-)

Was Andy dismissive of Iran Contra and Watergate?

PS, I love Frank Schaeffer too.

Abuse of power is not unique to the Republicans, it is a function of being a politician.

Occassionaly the Republicans remember they are supposed to be civil libertarians! And when they do, we should congratulate them.